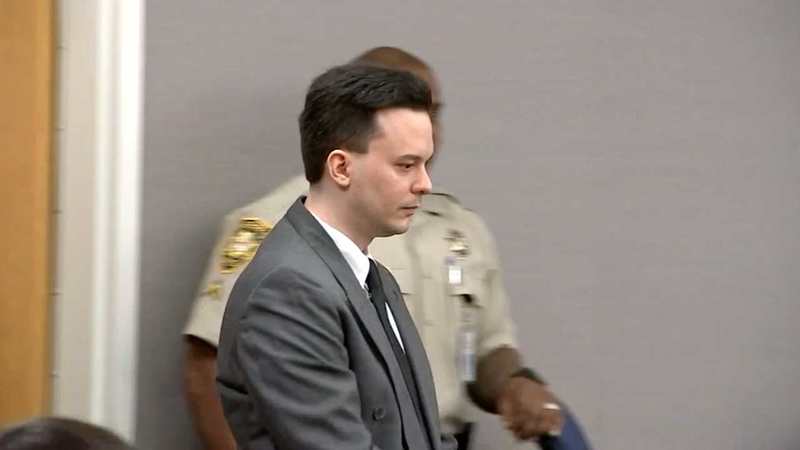 Man who held teen as sexual captive gets no prison time

A Georgia man has been sentenced to time served for keeping a teenage girl in sexual captivity for more than a year.

The Atlanta Journal-Constitution reports 33-year-old Michael Wysolovski was sentenced to 10 years of probation, with eight months of jail time, after pleading guilty last week to first-degree cruelty to children and interstate interference with custody.

Wysolovski will receive credit for eight months spent in detention before his trial, meaning his prison time has already been served and probation will account for the remaining nine years and four months of the sentence. He must also register as a sex offender for life.

He was arrested in 2017 after law enforcement found a 17-year-old North Carolina girl who'd been missing for over a year in his home in Duluth, a suburb north of Atlanta.

The two met in an online forum for anorexia when the girl was 15 and said she was unhappy at home. Wysolovski later convinced the girl to come live with him, picking her up when she was 16 on the side of an interstate near her Charlotte-area home.

"He lowered my self-esteem greatly and left me to believe I would never be loved or have a proper life if I gained weight," she said.

Georgia's age of consent is 16, so Wysolovski could not be charged with child molestation.

Prosecutor Michael DeTardo said the victim and Wysolovski initially agreed to enter into a sexual relationship in which they simulated non-consensual sex acts. But over time, Wysolovski violated the agreement, using "excessive force" and refusing to recognize "safe words." DeTardo said Wysolovski also used food to punish the victim, who was anorexic, or force her to perform sex acts.

The newspaper reports that DeTardo said the relationship was a "gray area" of consent that would be risky to bring before a jury. Rape and aggravated sodomy charges were dropped in the plea deal, and the victim's family and DeTardo prioritized a requirement for Wysolovski to register as a sex offender.

Wysolovski told the court he believed he was helping the victim escape a bad home life.

Police located the girl after she contacted another person on an anorexia forum who contacted the FBI.

During a victim impact statement on April 25, the girl's father said she was found malnourished, with ringworm and suffering from back problems because she had been repeatedly held in a dog cage.

Holding a stuffed animal and speaking in a soft voice, the victim told the court: "The psychological damage Michael Wysolovski inflicted is beyond imagination."