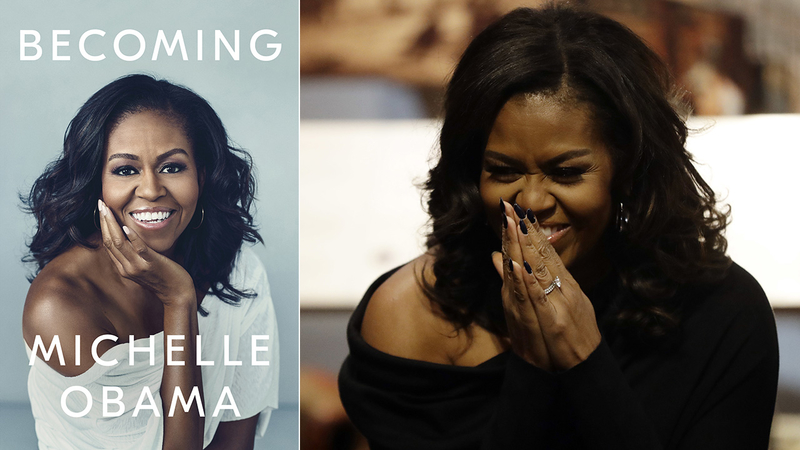 "Becoming" is selling at a pace rarely seen for a political memoir, or any nonfiction book.

"Becoming," which came out November 13, now has 3.4 million hardcover copies in print.

The former first lady is in the midst of a promotional tour, with guests including Oprah Winfrey and Reese Witherspoon.

The Friday event, at the Union Square location, was the only New York City book signing on the tour. Wristbands were distributed to the first 500 customers who bought the book Thursday, with a limit of two signed books per customer.