Elderly woman trips and falls in road, then fatally struck by car in Queens 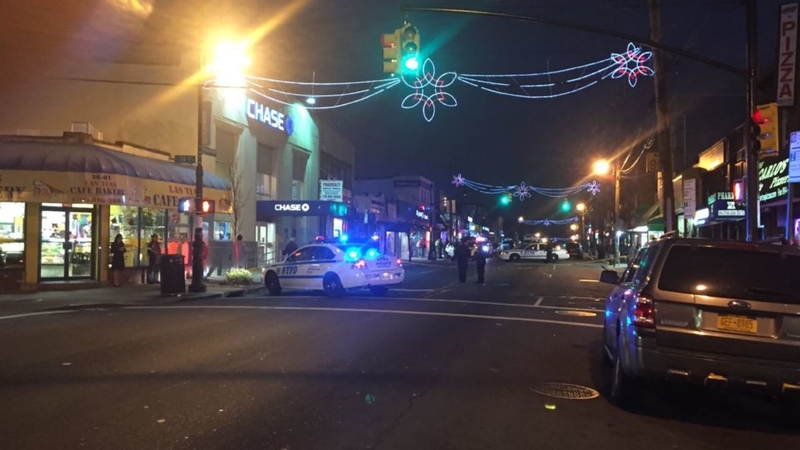 MIDDLE VILLAGE, Queens (WABC) -- An elderly woman was killed after she was struck by a car while crossing the street in Middle Village, Queens Wednesday.

According to the NYPD, a 2014 Ford Escape, driven by a 25-year-old man, was stopped at a stop light, three to four car lengths from the intersection of 75 Street, when the pedestrian crossed, mid-block, in front of his vehicle.

Unbeknownst to the driver, the victim then tripped and fell while in front of his vehicle as the light turned green.

The driver then ran over the pedestrian and continued south on Metropolitan Avenue until he was alerted to the fact that he struck the woman.

The driver then returned to the scene and called 911. The investigation is ongoing by the NYPD's Highway Collision Investigation Squad.

The victim has been identified as 76-year old Giovanna Livolsi of Queens.