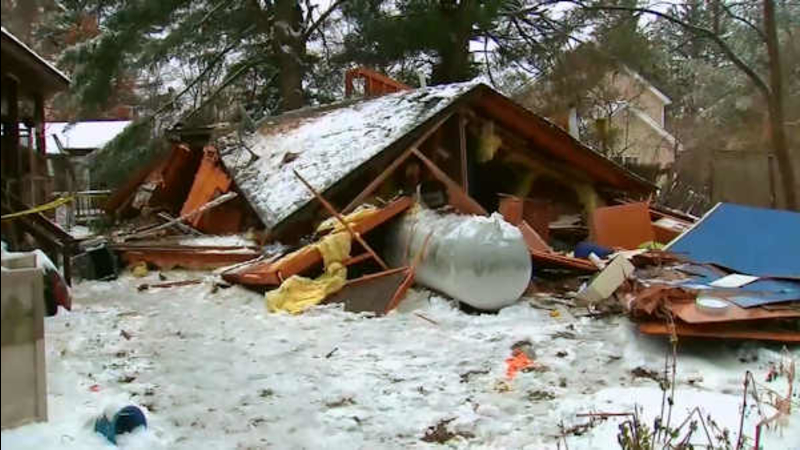 The fire broke out inside the Meadow Lake Road home just after 6:30 a.m.

The small house collapsed. Two men live in the house but they were not home at the time and there were no injuries.

The fire department says neighbors reported the blast and initially thought the men were inside.

"We had reports there were people trapped in the building," said Middletown Fire Chief Walter Szulwach.

It turned out one of the men was at work, while the other was spending the night at a friend's house.

The force of the explosion blew out the walls and shook nearby homes, leaving only the roof intact, now resting on a large pile of debris.

"I'm so happy and blessed that I wasn't home," said one of the residents, Willie Ruele. "Material loss I can handle that, I'm here to talk about it."

"I'm just blessed to be here, there's some stuff but the stuff can be replaced," said the other resident, James Parker.

"Once the building is made safe, then the town of Wallkill building department will allow the residents to claim their things, but right now it is uninhabitable and they have been told they cannot enter the structure," said Fire Chief Walter Szulwach.