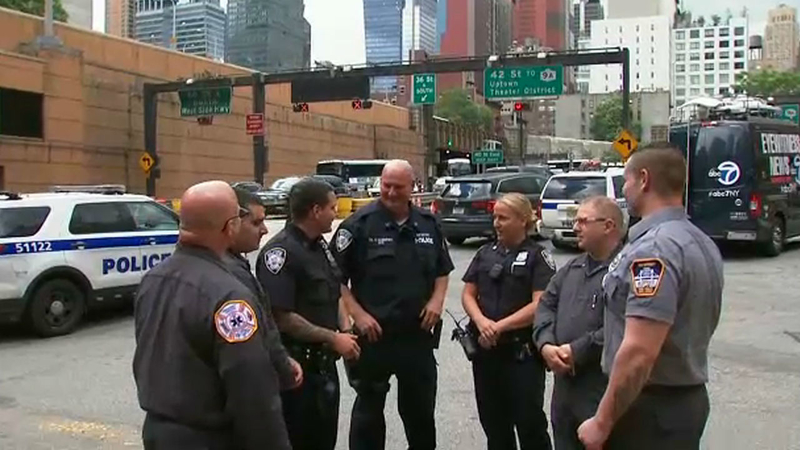 MIDTOWN, Manhattan -- Three Port Authority officers and two agents are being praised for taking quick action to save the life of a man who went into cardiac arrest in the Lincoln Tunnel on Tuesday.

The incident took place at around 4:25 p.m when a New Jersey Transit bus driver pulled over at the entrance of the north tube of the Lincoln Tunnel and informed an officer he had a "cardiac emergency" on board the bus.

Another passenger had already started performing CPR on the man.

Three Port Authority officers took over and then two Tunnel and Bridge agents administered shocks from a defibrillator to revive the man.

"I was actually just practicing on a dummy last week as I was at the academy, so for it to be so real so quick, it was pretty amazing," Port Authority officer Kevin McGimpsey said Wednesday.

Port Authority Officer Nicholas Armenti said they all rotated doing the chest compressions and worked together on the CPR.

While in the ambulance, the victim regained his pulse and vitals. He was transported to Roosevelt Hospital for further evaluation where his condition is improving.