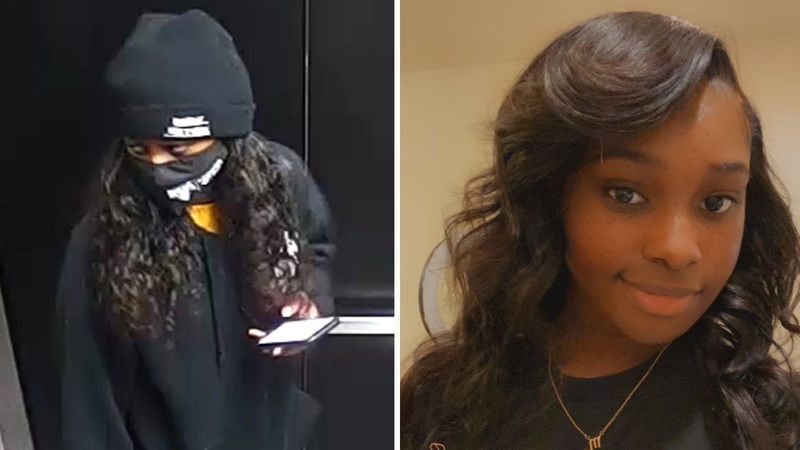 Buffalo State student believed to have taken own life

BUFFALO, New York (WABC) -- A SUNY Buffalo State College student from the Bronx who has been missing for more than a week is believed to have taken her own life, authorities said Thursday.

Erie County District Attorney John Flynn said the investigation has concluded that Saniyya Dennis died by suicide after breaking up with her boyfriend.

"It appears this poor girl took her own life," Flynn said.

The body has not been recovered, he said, and it may never be found.

Flynn outlined the timeline of events, saying Dennis got into an argument with her boyfriend, who was in the New York City area and has been ruled out as a suspect after an FBI interview, on the afternoon of April 24. The argument, involving calls and texts, ended with a break up.

She then called the now-ex-boyfriend 59 times. He did not respond.

Flynn said she texted him and said she was not feeling good, and finally, "I'm so done with my own life and living it. I've finally had enough."

She then called her mother, told her she was upset about the break up, and tried the ex-boyfriend several more times without a response.

Flynn said Dennis then began communicating with a different male friend, telling him she was planning to take her own life. She said she recently had some mental health issues.

The male friend told NYPD he thought she had reconsidered.

Dennis was seen exiting her dorm at Buffalo State, throwing away personal items "that would lead someone to believe that she was not returning to the dorm," Flynn said.

She swiped her bus card going toward Black Rock substation on Niagara and Ontario. Video shows her sitting alone on the bus and then exiting the bus.

At 11:40 p.m., she swiped NFTA bus 40 toward Niagara Falls. She is seen entering and exiting the bus alone.

At 12:15 a.m., she sent another text to the male friend thanking him for his time but saying, "I'm sorry I lied. I will not be joining you this summer, at least not physically. Thank you for making my day special."

Saniyya was picked up on park cameras along Goat Island Road, the final time she's seen on video, around 12:17 a.m. on the bridge.

He called her at 12:19 a.m., she answered, and they talked for 45 minutes. She told him she had taken a bus to an island and was going to jump off a bridge. She then said she had reconsidered and was going home.

Around 1 a.m., she took a selfie on Snapchat with Niagara Falls in the background near the Nikola Tesla Monument. Her cell pings at the monument.

At 1:21 a.m., she sent her male friend a text, telling him she spoke with her mom and that she was on her way back to Buffalo. Cell records show none of this is true.

The phone left her cell network at 1:23 a.m., meaning it was either turned off or destroyed. Future attempts show the phone has been disconnected.

The family did not speak with her on the phone Sunday and contacted Buffalo State, starting the investigation. Neither the male friend or ex-boyfriend immediately reported their conversations.

Search dogs found Dennis' scent on and around Goat Island, leading them to a spot along the water's edge.

Prosecutors believe Dennis went over the falls, and her body could be pinned on the rocks below.

Her parents were notified of all of this Wednesday afternoon.

"At this time, we believe that Saniyya traveled alone from the Buffalo State College campus by NFTA bus to Niagara Falls State Park, where the evidence suggests that she took her own life during the early morning hours of Sunday, April 25, 2021," Flynn said. "My thoughts and prayers remain with Saniyya's family and friends during this difficult time."

"Following the heartbreaking developments released today from law enforcement officials regarding missing Buffalo State College student Saniyya Dennis, our thoughts and constant prayers-as well as those across Buffalo State and our SUNY campuses impacted by her disappearance-continue to be with the Dennis family during this unimaginable, painful, and difficult time."

If you or someone you know is struggling with thoughts of suicide, you can reach out to the National SuicidePrevention Lifeline 24 hours a day at 800-273-8255.