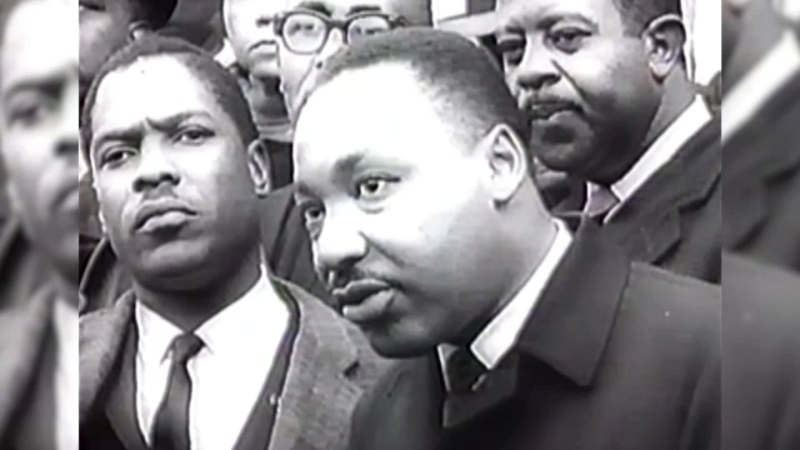 It's one of the most shocking chapters in the life of the Rev. Dr. Martin Luther King, Jr." How the U.S. government wire-tapped his phones and bugged hotel rooms where he stayed.

It was all an attempt to discredit Dr. King, and it's the subject of a new documentary called "MLK/FBI."

Former FBI Director James Comey calls the surveillance and the way it was used to undermine Dr. King, "the darkest part of the bureau's history," and "MLK/FBI" shows how J. Edgar Hoover's FBI hounded and harassed Dr. King right up until his assassination.

"I want you to see this man as a complicated human being," filmmaker Sam Pollard said. "I want you to understand that who J. Edgar Hoover was is symbolic of who many white Americans were at that time, how they saw themselves."

Pollard sees the civil rights leader as a victim of his own success. His film notes that, "J. Edgar Hoover is famous for saying that he feared the rise of a black messiah."

Hoover claimed Dr. King was "flirting" with communism, which gave the FBI head the excuse to begin extensive surveillance.

"And lo and behold, after they started wire-tapping Dr. King and his associates, they found out the other stuff about King and his personal life," Pollard said.

That includes evidence that Dr. King was unfaithful to wife Coretta Scott King.

The film makes clear that the FBI's focus was collecting salacious, sexual material of Dr. King with various girlfriends, and they even sent evidence of Dr. King's infidelity to his wife in a bid to convince him to take his own life.

Pollard's aim with "MLK/FBI" is to show the lengths that authorities went to stop Dr. King and to find the man behind the myth.

"He was the great orator at the March on Washington, with his 'I Have a Dream' speech," Pollard said. "But he was a man who was complicated in his personal life."

The director of the documentary also seeks to make a larger point here -- the more things change, the more they stay the same.

That's the reason the events shown still resonate so powerfully.

"Not to say there hasn't been progress," Pollard said. "There has, but systemic racism is a part of America's DNA."

As evidence, Pollard points to the recent riot at the U.S. Capitol -- complete with people carrying Confederate flags.

To Pollard, this is an example of history repeating itself in "very sad and tragic ways."