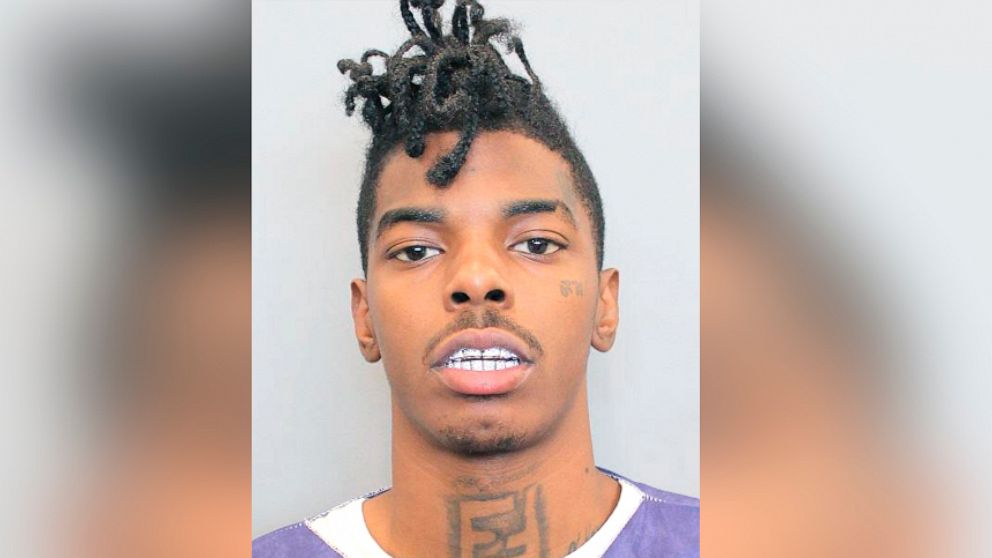 A Houston mother was held on $50,000 bond Friday for allegedly lying for days about her son's whereabouts after he fled the scene of a fatal hit-and-run that killed a veteran sergeant, authorities said.

Tiffany Henderson was arrested and charged by Harris County prosecutors on Thursday with hindering apprehension after telling investigators that she did not know where her son, Tavores Dewayne Henderson, was located.

When investigators asked the 37-year-old mother why she continued to "lie" to them, she responded: "Because I am a mom," according to the criminal complaint.

During a traffic stop on Tuesday evening on the 2000 block of San Sebastian Court, Nassau Bay Sgt. Kalia Sullivan and another officer attempted to arrest the 21-year-old who had an active warrant for allegedly assaulting a family member in February. Tavores Dewayne Henderson managed to break away from the two officers, get behind the wheel of his car and allegedly run over Sullivan.

Sullivan was taken to a nearby hospital where she died from her injuries. The 16-year veteran was 43.

Meanwhile, the alleged fugitive contacted his mother and Wheeler, who picked him up and drove him more than 30 miles away to The Sterling Inn hotel in West Houston, Texas, to hide out, according to the criminal complaint.

Investigators went to Tiffany Henderson's home early Wednesday morning, where she denied knowing where he was or who he is, prosecutors said at a press conference on Thursday.

Police said the mother and Wheeler were seen on surveillance video leaving the hotel.

The manhunt increased on Wednesday as a "Blue Alert" was issued, and the reward money for information leading to his arrest was raised to $20,000.

Tiffany Henderson gave her condolences to Sullivan's family and her concern that her son would get killed or hurt by police during an interview with ABC station KTRK in Houston on Thursday.

"At this moment, I just want to get my son to safety and all precautions to be followed," said Henderson, who gave an anecdote about a conversation with an unidentified "guy" that was aware of her son's whereabouts. "I want my son to turn himself in."

Police the received a tip that Tavores Dewayne Henderson was in a house on the 4200 block of Heritage Trail Drive in Houston.

The mother, who has a lengthy criminal history dating back to 2001, was held on a $50,000 bond at a preliminary court appearance Friday morning, according to court records.

Wheeler, who is the alleged getaway driver, told investigators that he lied to "because I was scared," according to the criminal complaint. He posted a $10,000 bond, according to court records.

Both mom and Wheeler are expected back in court on Dec. 16.

Before a judge saw Henderson for the underlying case that escalated the traffic stop to an attempted arrest, officers restrained his wrist behind his back Sullivan's handcuffs. The alleged cop killer was held on $150,000 for the assault charge and is expected back in court on Saturday for the upgraded capital murder charge, according to court records.
Report a correction or typo
Related topics:
abc newsnational
Copyright © 2021 ABC News Internet Ventures.
More Videos
From CNN Newsource affiliates
TOP STORIES