Mom of New Jersey teen gunned down in drive-by shooting: 'They destroyed my whole family' 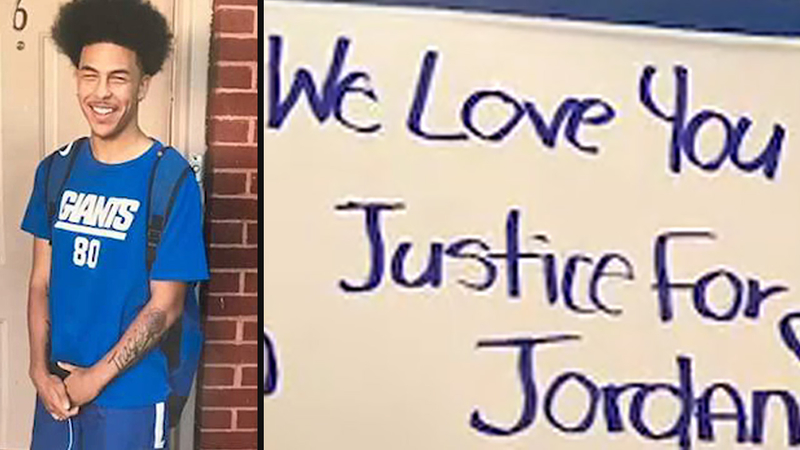 Mom of New Jersey teen gunned down in drive-by shooting: 'They destroyed my whole family'

JERSEY CITY, New Jersey (WABC) -- Police are searching for a gunman after three teens were shot -- one fatally -- while hanging out with friends in a New Jersey driveway early Saturday.

It happened just before 1 a.m. in the area of New Heckman Drive in Jersey City.

Jordan Herron, 19, died from his injuries, while the other two victims -- an 18- and a 17-year-old -- were wounded in what was described as a drive-by shooting.

"I can't even go to the funeral home to take his clothes," his heartbroken mom Tracey Tullock said. "I'm not ready for that. I'm not ready to tell him goodbye."

Herron was privately transported by friends to Bayonne Medical Center, where he was pronounced dead shortly after arrival.

"This has got to stop," Tullock said. "This cannot go on anymore. I don't want somebody else's child to be in a position, I mean, I shouldn't be burying my son. He should be burying me."

The Medical Examiner determined the cause of death to be gunshot wound to the chest.

The other two victims, who were found at the scene, were transported to Jersey City Medical Center by EMS. They were treated for non-life threatening injuries.

Herron was a Snyder High School graduated who wanted to become a Jersey City firefighter like his uncle.

The family is demanding answers and that the person or persons responsible face justice and life in prison.

"If only love could have saved him, my son would be here right now. Because I loved him with all my heart and soul and did everything to protect him. And these animals took my son away."

Officials are promising to step up patrols in the area where the shooting took place.

"We're putting more officer out there in the hot spots," Mayor Steven Fulop said. "But there's no question that it's been a tough situation for the last couple weeks."

Anyone with information is asked to contact the Office of the Hudson County Prosecutor at 201-915-1345 or CLICK HERE to leave an anonymous tip.

All information will be kept confidential.