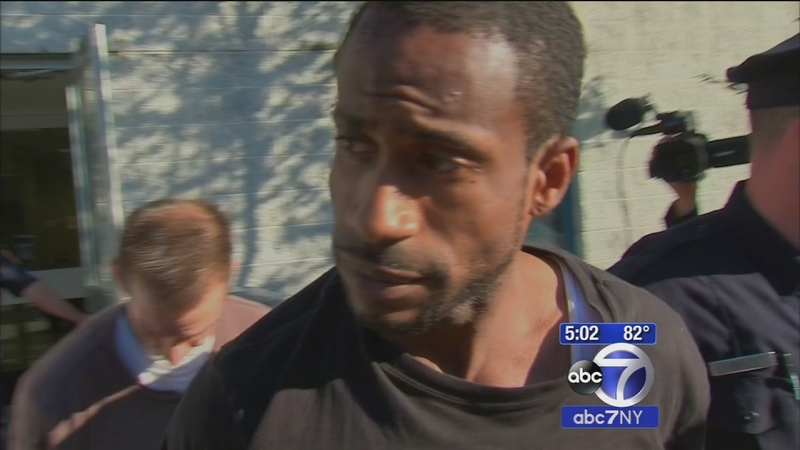 SHIRLEY, N.Y. (WABC) -- A 31-year-old Middle Island man who was allegedly high on drugs when he crashed into three cars on the Montauk Highway, killing one and injuring several others, is under arrest and speaking out about his actions.

Kendell Owens apologized for the deadly crash that killed 45-year-old Richard Garcia in Shirley late Tuesday, to the families of the victims and to his own.

"I'm so sorry to the family, I'm a good kid," he said "I have four children. Today is my daughter's birthday."

But Owens won't be there to celebrate with her after he caused the crash that claimed the life of a fellow father who had three kids of his own.

"Yes ma'am," he responded when asked if he was on drugs. "I believe it was PCP. I'm sorry. I love you guys."

Police say Owens was fleeing a traffic stop near the intersection of Montauk Highway and William Floyd Parkway when he basically T-boned Garcia's car, sparking a chain-reaction collision with two other cars.

One of those cars belonged to 23-year-old Alyssa Toth.

"My car was spinning," she said. "All my air bags went off...A couple of civilians, they were yelling in my car. 'Can you open the door?' They opened the door and let me out."

Xavier Patino, 37, of Queens, was driving a 2011 BMW X6 west on Montauk Highway and was struck by the first two vehicles.

While that was happening, police say Owens was running away. Police chased him on foot and arrested him in a nearby parking lot.

Attorney Nicholas Warywoda is representing the Garcia family, and he says they are beyond upset.

"They're angry," he said. "They're angry at why. They want to know why a man gets behind the wheel of the car while he's high on PCP."

Patino and his four passengers, including an infant boy and a 2-year-old girl, were taken to an area hospital and later released.