Puppies rescued from mountain after living in sheep carcass 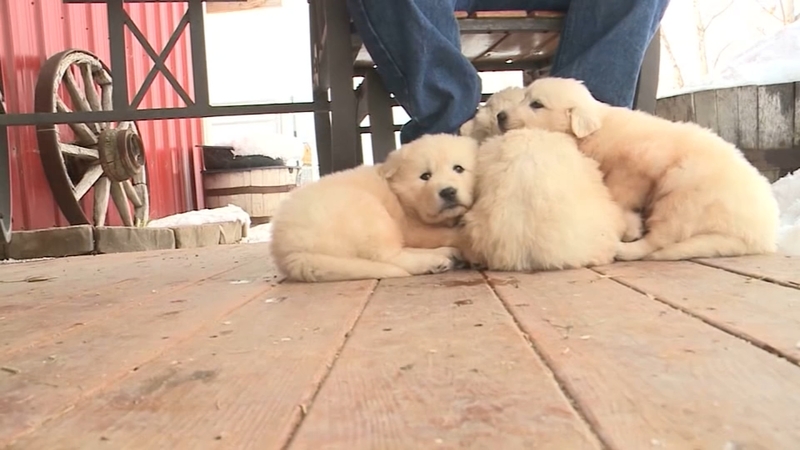 WEST HAVEN, UTAH -- Some good Samaritans helped save three puppies that were found wet, cold and hungry in the wilderness.

Holt and Kat Perry were riding snowmobiles in a secluded part of Monte Cristo when one of them spotted a dog.

'I'm not going to leave any animal on the mountain to starve," Kat Perry told FOX13 Utah. "Especially, it was obvious she had pups."

The Great Pyrenees puppies were found on the top of the mountain. A local search and rescue crew helped get the puppies to safety. They believe the mother was protecting a flock of sheep on the mountain over the summer, typical for Great Pyrenees dogs. The mother was deemed too wild to trust the rescuers, so she was left with 20 pounds of dog food.

"She had found a dead sheep and they had eaten, there was nothing left, just a little bit of wool and a few big bones. I'm sure that's what she'd been eating on all fall," Kat said.

Kat said the puppies and their mother were living in a sheep carcass. The pups, two boys and a girl, were likely the only survivors of a bigger litter.