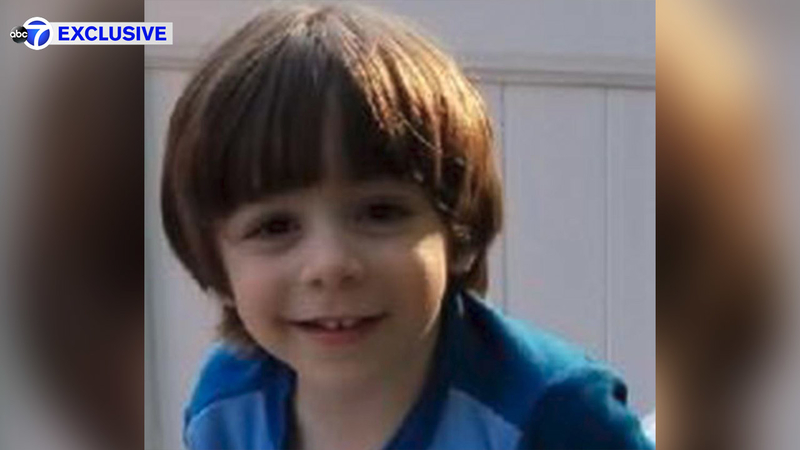 BROOKHAVEN, Suffolk County (WABC) -- Eyewitness News has learned exclusively that the mother of the young boy abducted and killed by his own father is taking the first legal step against local police agencies.

Maria Busone and her attorneys told Eyewitness News in an exclusive interview that they're filing notice of claims next week against the Suffolk County Police Department, New York State Police and the Town of Brookhaven Fire Marshal for not issuing an Amber Alert during her son's disappearance.

"There has to be a change, and nothing's going to change if we don't do something about it," Busone said.

John Ligurgo was supposed to have returned Jovani to his mother, per a custodial agreement, but police said he instead set fire to his apartment in Coram, took a rifle and fled the state with Jovani.

State police decided an Amber Alert wasn't warranted, saying in a statement, "The father did not have a criminal history, had no history of violence and had never harmed the child. In addition, once it was established that the vehicle had crossed into New Jersey, the focus of the search moved there."

Ligurgo and his son were found shot to death inside Ligurgo's car in Virginia the next day.

Suffolk County police and New York State Police then sent out a joint statement, saying, "As is standard procedure, both agencies will review the steps and guidelines to ensure that best practices were followed. We want to reassure the public that every aspect of this investigation will be thoroughly reviewed."

Busone's attorneys said they are still gathering evidence for the potential lawsuits, including 911 calls, police notes and reports.

Prakope and his law partner, attorney John Weber, said the ultimate goal is to standardize the Amber Alert guidelines.

"We're taking a good hard look at the Amber Alert system," Weber said. "We believe that it can be improved. We're going to work our best to try to implement some change and to eliminate some of the subjectivity and simplify the system, so that nobody else has to go through what Ms. Busone had to go through in this case."

Busone's attorneys did not want to discuss specific language of the notices of claim. They said notices may be filed against additional agencies.

A spokesperson for New York State Police said the agency does not comment on pending litigation.

Suffolk police said they would also not comment on pending litigation.