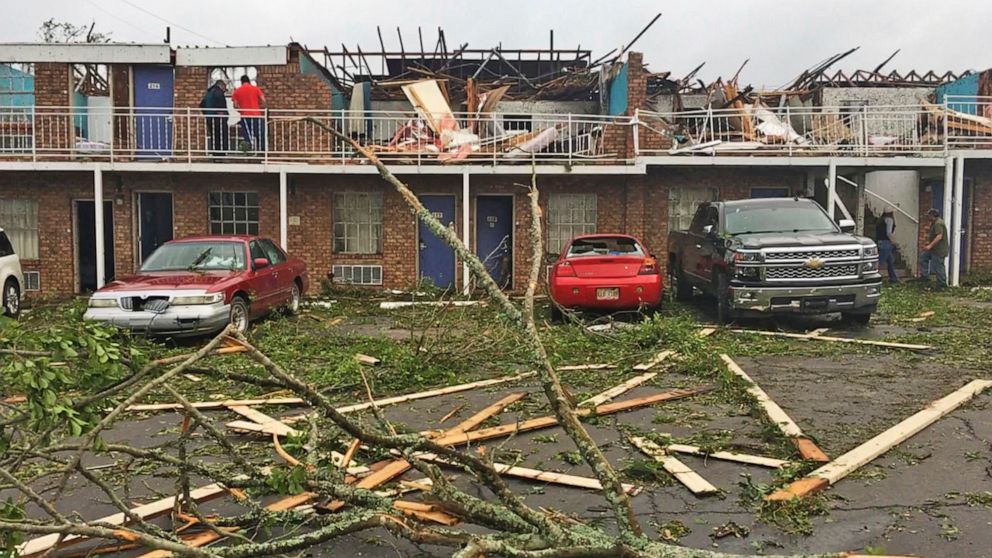 ABCNews
By MAX GOLEMBO
A mother and son were killed when a tree fell on their home during a tornado in Ruston, Louisiana, on Thursday, state officials said.

In Ruston, about 70 miles east of Shreveport, "the damage is extensive," the governor said at a news conference Thursday. "From the air, if anything, it is more remarkable than it is from the ground."

"Our prayers are with the people of Ruston today," Edwards tweeted.

The governor said he declared a state of emergency for the entire state.

Tornadoes and severe storms slammed Texas and Louisiana overnight and at least four tornadoes have been confirmed in the area.

Winds up to 70 mph and flash flooding are also possible.=

By 7 p.m. Thursday, the severe storms will move out of Louisiana and Mississippi and into the Mobile, Alabama, and Pensacola area,