KGO
By by Sergio Quintana 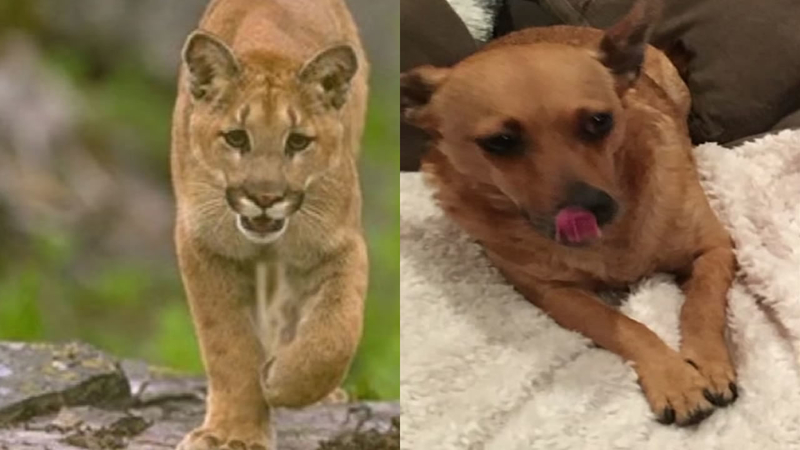 PESCADERO, Calif. -- San Mateo County police say a mountain lion got into a home in Pescadero and grabbed a small dog from a bedroom where a small child was sleeping.

According to San Mateo County sheriff's deputies, a mountain lion snatched 15-pound Lenore off her owner's bed at 3:30 a.m. Monday.

"Lenore did her attack barking, very vicious attack sound that she does when she's not liking something," said owner Vickie Fought. "And then she instantly was silent."

Fought says her dog was sleeping in a doggie bed. She and her daughter Catalina Peso were also in bed when the mountain lion slipped into the room through their double doors.

"We had one open a few inches or so, I don't know, maybe six or eight inches wide," Fought told ABC7 News. "Just for some fresh air."

Fought says, at first, she thought the mountain lion was their bigger dog Leo.

Her daughter says she knew something was wrong because of the smaller dog's bark.

"I knew it wasn't like Leo, because it wasn't her normal bark," Peso said. "Because she plays with him a lot and it didn't seem normal."

Mountain lions are very familiar in these parts. They usually keep their distance from homes, but a couple years ago, Fought says one attacked their horse.
Their worry is that the cat may return.

"Gonna get like a lock or something," Fought told ABC7 News. "So the door only opens a little bit."