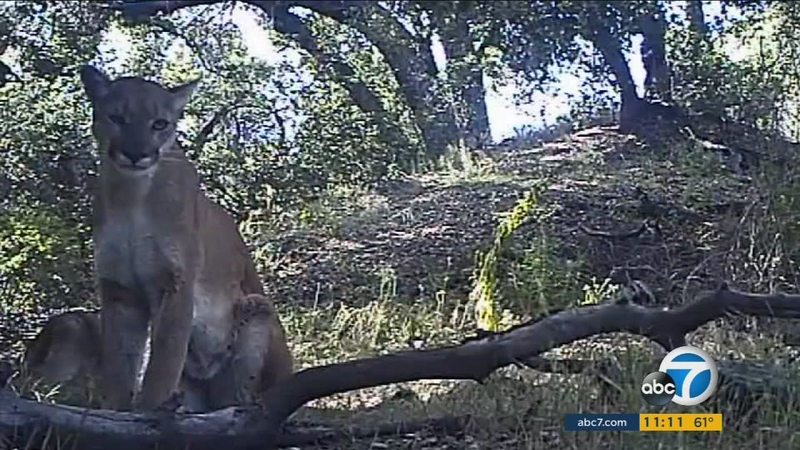 ANGELES NATIONAL FOREST -- A photographer captured a rare glimpse of some playful mountain lions in their natural habitat in the Angeles National Forest.

Playtime in the forest. A mother mountain lion and her two kittens offered a rare look at their lives.

"You hear her calling out to the young. They make kind of a bird-chirping sound. The young ones and the mom call out to each other," said photographer Robert Martinez.

They showed up in front of cameras placed in the Angeles National Forest and hung out for about an hour - at times getting a little bit too close-up.

Martinez said the family even knocked over his cameras and other equipment.

Martinez is fascinated by mountain lions. He has spent years placing cameras in different spots, capturing video of the big cats and other animals in their habitats.

He started tracking this mother mountain lion before she became pregnant - even giving her a nickname.

"I call her Limpy because she has a distinct limp," he said. "I saw her doing the mating calls about two years ago. I thought this might be really cool to watch the story unfold."

He was thrilled when Limpy and her kittens showed up last week, playing together, taking naps and walking all over the cameras.