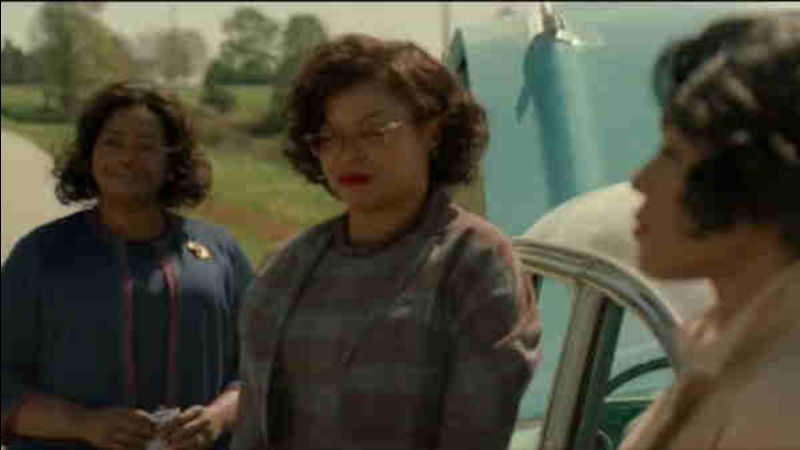 NEW YORK (WABC) -- From an untold story in the space race to the challenges of raising a teenager to a soldier who falls into a life of crime, three very different movies are coming to theaters this holiday weekend.

"Hidden Figures," "20th Century Women" and "Live By Night" are all joining the crowded scene at the box office, but only one is worth your time and money.

"Hidden Figures" tells the story of the unsung women who helped the US space program reach the moon, and the characters played by Taraji P. Henson, Octavia Spencer and Janelle Monae are all based on real people.

Their mathematical calculations helped put the first man in space and made it possible for John Glenn to orbit the earth, and the challenges they faced combined with the ignorance of most of their co-workers at NASA were shameful.

Their triumph, overlooked for so many years, will make you want to cheer.

Another group of "20th Century Women," though, will leave you yawning.

Annette Bening plays a single mom in California who's looking for help from her female friends to raise her son during the late 1970s, but the timid and talky film doesn't ring true and the film plays it too safe to be interesting.

Elle Fanning stars in that film, as well as in another of this week's releases, "Live By Night," and she's the only reason to watch the period gangster film.

"Live By Night" stars and is directed by Academy Award-winner Ben Affleck, who has been at the helm of successful and quality movies in the past. That makes it baffling as to why this dud is such a misfire.
Related topics:
arts & entertainmententertainmentmoviemovie reviewsandy kenyon
Copyright © 2021 WABC-TV. All Rights Reserved.
TOP STORIES
Teen arrested in elevator shooting after 10 months on the run
Remarks directed at Arab American student shock NJ high school
Arrest made in murder, robbery of food deliveryman
Man attacks 11-year-old girl, hits boy in park near NYC school
Peter Scolari, 'Bosom Buddies' and 'Newhart' star, dies at 66
Phantom of the Opera makes triumphant return on Broadway
NYC mayor race, and the latest on Biden's infrastructure bill
Show More
Warrant: Baldwin didn't know weapon contained live round
Colleagues mourn cinematographer killed in prop-gun incident
Prop guns: What they are and how they can kill
NYC mayoral candidates back on campaign trail after fiery debate
NYC mayor's race: How to vote early
More TOP STORIES News