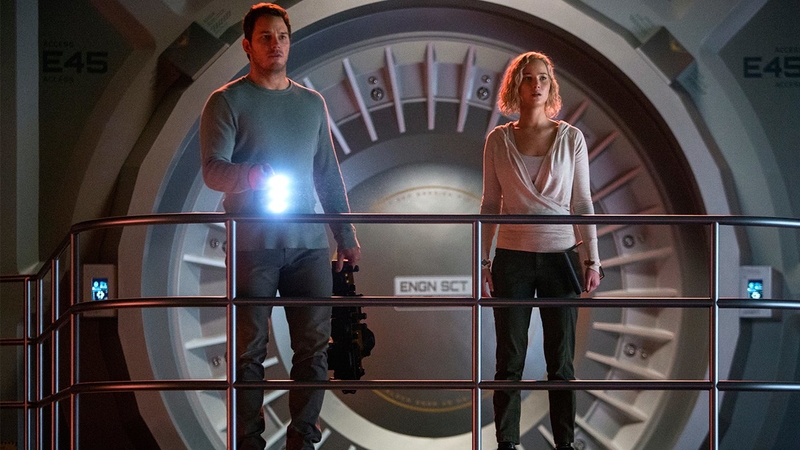 It doesn't happen very often, but a couple of times each year there's a movie I like that other critics don't. Such is the case with a sci-fi epic now in theaters.

It's being called "a bummer of a ride" in one review and many other critics rate "Passengers" low, but it held my interest and I actually had a good time watching 2 of our biggest stars romance each other on the big screen.

'Homestead Two' is on course to a new colony on a distant planet. It's so far away, it's going to take more than a century to get there. The passengers and crew are hibernating until something goes wrong, and Chris Pratt's character wakes up 90 years too soon.

There's only a robot played by Michael Sheen to keep him company.

As weeks turn into months, 'Jim' gets lonely and decides to open the pod of a beautiful woman - a deliberate act he doesn't tell her about until much later.

For me, "Passengers" is a welcome break from the serious season at the movies.

The new drama about the bombings at the Boston Marathon is one of the best movies of the entire year thanks to the best performance of Mark Wahlberg's career an ensemble of great actors around him.

Actors like Kevin Bacon and John Goodman play real people, but the hero is a composite character - the brave symbol of Boston's police department... an every man who is not afraid to show us his heart.

The picture grabs you and puts you on the edge of your seat for two hours plus, even though most of us know the basic story and its outcome. My list of the 10 best movies of the year isn't out until a week from Friday, but I can tell you right now "Patriots Day" made my top five.