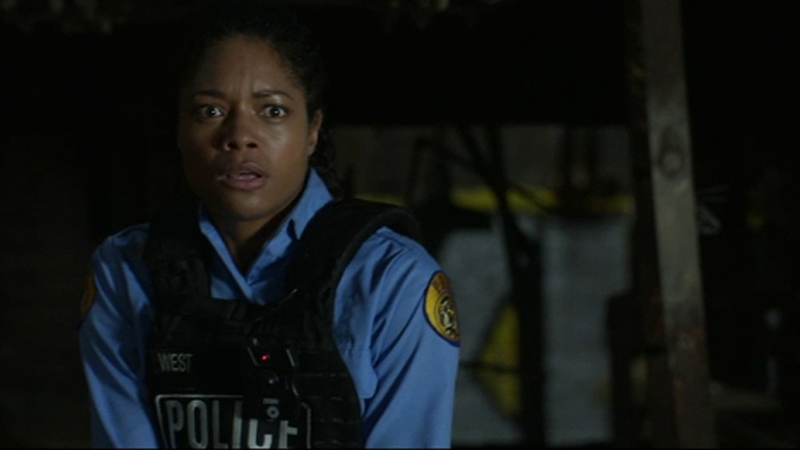 Critics are split down the middle on this one.

"Black and Blue" has a 50 percent rating on the Rotten Tomatoes website, meaning half of the reviewers like it and the other half don't.

But I really, really enjoyed this movie!

Naomie Harris has found her place on the big screen in a series of supporting roles, but here she earns the right to be called a MOVIE STAR.

She plays Alicia West, a rookie cop who is an Army veteran back in New Orleans after fighting in Afghanistan.

Even those who don't like this movie have praised Harris for her "commanding" presence, as her character faces challenges from all sides: from her community, where she is distrusted for being black and blue, and from fellow cops, who are suspicious because Alicia is a rookie and a woman of color.

First, those cops try to kill her. She escapes and is pursued by colleagues looking to cover up their crimes by seizing her body cam, which captured the murder on tape.

She is also being chased by criminals bent on revenge. Every cop and criminal in this city is coming to find her.

Her only chance to get away from them comes from a character played by Tyrese Gibson, who is reluctant to help at first.

"The cops, they'll help you," he tells her. "It was the cops that shot me," she responds.

This film isn't flawless. The action happens in a vacuum, without any press coverage and with hardly any pressure from politicians. That's not realistic.

But I was too wrapped up in the story to think about it!

"Black and Blue" is so exciting, even thrilling, I was on the edge of my seat the whole way. And it stands out in a season when movies like "Hustlers" are hyped beyond all reason.

This one came in quietly. It packed a terrific punch, and it left me energized and thoroughly entertained!