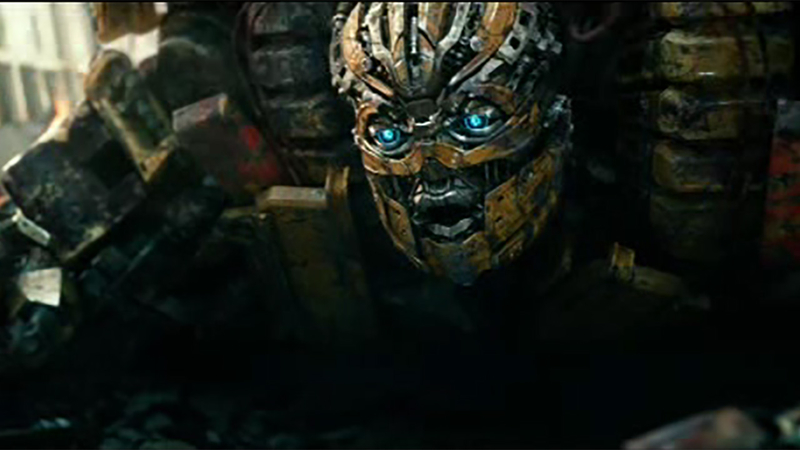 NEW YORK (WABC) -- For Transformers fans, the wait is over. The fifth installment of the movie franchise is here.

"Transformers: The Last Knight" is a major improvement over the last film in the series, after "Age of Extinction" felt like an assault on the senses. But even though it's better, it's still difficult to recommend.

In the new film, the earth is once again at risk from robots. But while the plot is familiar and murky, with an already convoluted story made more complex by director Michael Bay adding additional layers and characters, the IMAX 3-D images are stunning.

Sir Anthony Hopkins plays Sir Edmund Burto, a link to the ancient origins of the Transformers. He reveals that they got their start during the time of King Arthur, with the help of the magician known as Merlin.

Merlin's descendant is a sexy Oxford professor of literature played by Laura Haddock, and Mark Wahlberg is on hand again as the titular "last knight."

Fans might be disappointed that there are fewer battles in the new film than in previous installments, as this one is more of a thriller with villain Megatron and hero Optimus Prime reduced to bit players.

The lines between good and evil get blurred, but is there any doubt about who will prevail? Still, if you liked the previous movies, you'll be OK with this one.