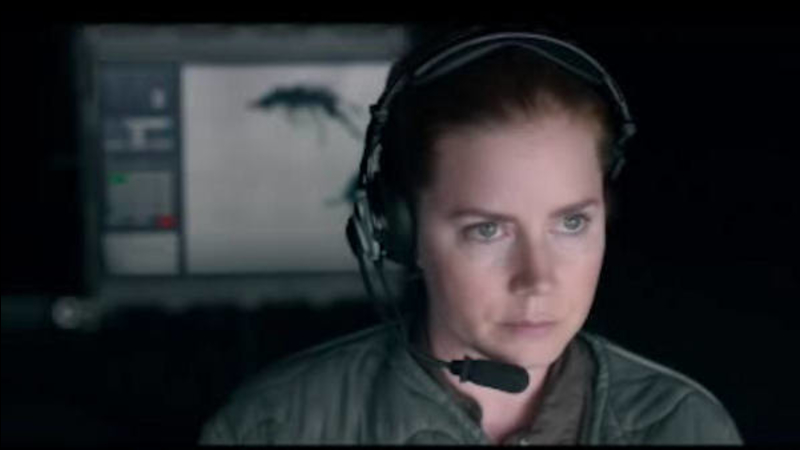 NEW YORK (WABC) -- Amy Adams is attempting to communicate with aliens in the new movie "Arrival," which hits theaters this weekend.

She stars alongside Jeremy Renner and Forest Whitaker in a film getting early Oscar buzz.

The "arrival" of the aliens comes in the form of giant pods that appear all over the globe. The first task is to communicate with the creatures inside, which isn't an easy task.

So the colonel, played by Forrest Whitaker, recruits two experts. The first is a linguistic professor played by Adams, while Renner co-stars as her colleague.

The aliens communicate via elaborate signals that prove tough to decode, but the linguistics pair keep trying to understand even though the pod is merely one of a dozen around the world.

At first, countries cooperate to try and solve the riddle of why the aliens are here on earth, but soon, various governments begin turning on each other.

Adams is calm and compelling, holding audiences' attention through a brain-twister of a plot that unfolds at a leisurely pace.