'Made In New York' encourages filming in all 5 boroughs 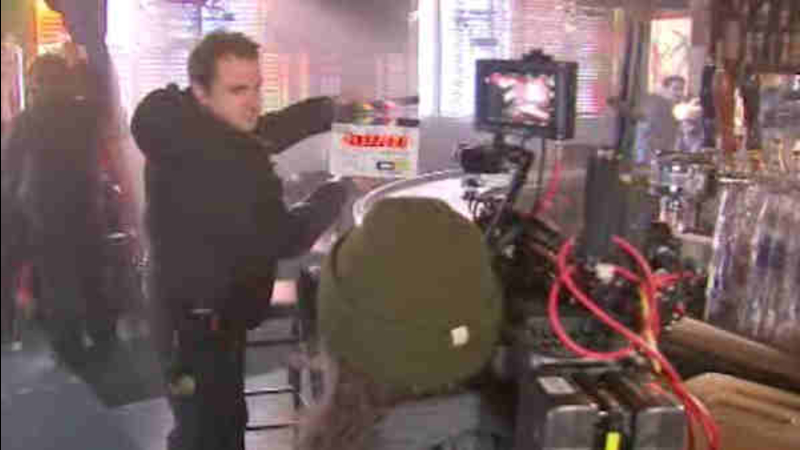 'Made in New York' encourages filming in all 5 boroughs

NEW YORK (WABC) -- A record number of films and TV shows are being made in New York City, but Mayor Bill de Blasio wants to make sure that the wealth is spread around.

The new ABC series "Time After Time" is one of almost 100 TV shows and movies being made here this year, and de Blasio visited the set to experience the production boom for himself.

"It feels like there aren't enough people to fill the positions," he said.

Raquel Cedar told the mayor she grew up near Hollywood but came to New York City to find work, which de Blasio said is music to his ears.

"It also means making sure every kind of New Yorker gets opportunity," he said. "In the past, that wasn't so true."
The mayor and his entertainment commissioner are determined to make production more inclusive, and that includes people of all backgrounds and people from all five boroughs.

Jose Guerrero, of the Bronx, is a production assistant thanks to the "Made In New York" program.

"It's four weeks of training," he said. "And then on the fifth week, they send you on an internship on a real set."

Traditionally, those sets have been in Manhattan. But that's changing, and in the past year, the number of filming permits in the Bronx has doubled.

The program is pushing production into the outer boroughs to fulfill the mayor's mandate to create access for all New Yorkers.

A dedicated NYPD unit for TV and film production is the only one of its kind in the country.

"We want to make sure it's safe for everybody," de Blasio said. "For the production, for the community, it has to work out for everyone."