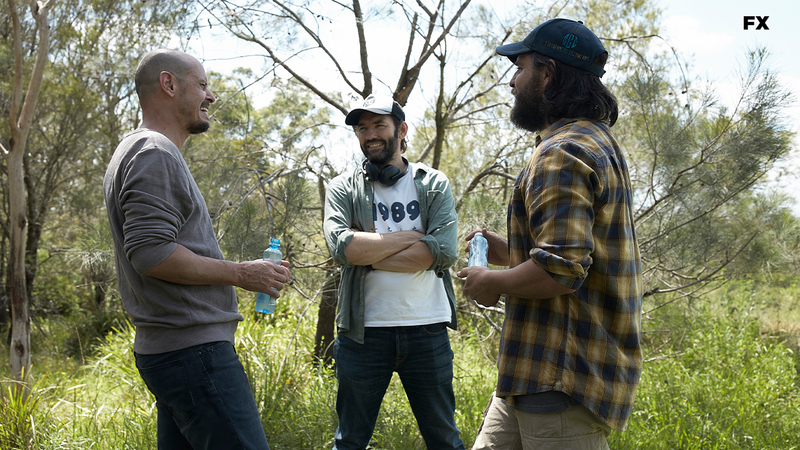 NEW YORK -- "Mr. Inbetween" is back on FX for its third and final season.

Executive Producer and Director Nash Edgerton says that while the pandemic might have delayed some things, it gave them the time necessary to put together a fantastic last season.

"It was partly that and partly just needing a break after season 2. The pandemic timed out well for us to have a chance to develop season 3," Edgerton said.

He said that he feels that they were able to accomplish the ending for the show for which they had always hoped.

"It's great when you are planning to end it instead of suddenly the season ending and not knowing it was coming," he said. "We were happy to know what we were planning to do."

The show is a half-hour drama with dark comedy sprinkled in. It follows Ray Shoesmith, the father of a 12-year-old girl who also happens to be a man for hire. He's a fixer of sorts who also often kills people in the process.

It took about a decade for Edgerton to get the show made the way he wanted because some production houses and executives wanted him to cast a better-known actor for the lead role than Scott Ryan. But Edgerton knew there was only one man for the job. 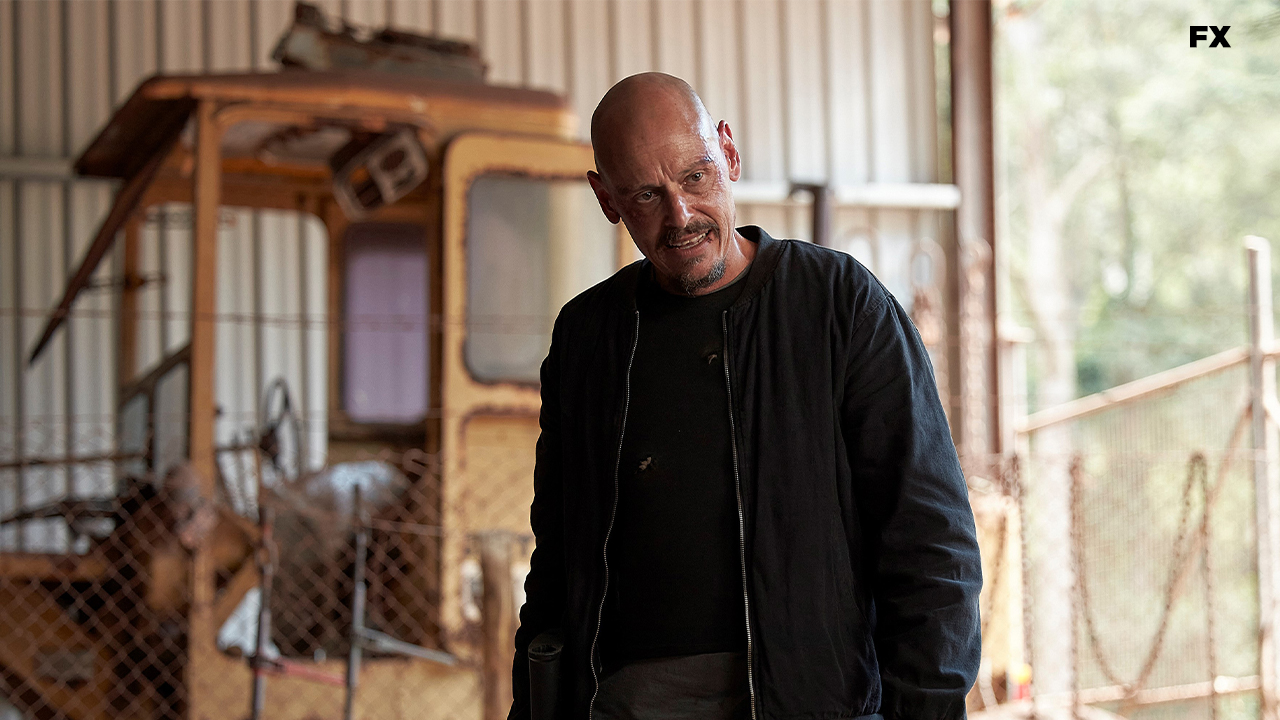 "Essentially when we started making the show, Scott had been driving cabs for 10 years. But I had seen a short film where he had played that character that he'd made, this super low-budget film, that we then turned into a feature, again ultra-low-budget film, but I just knew he, you know, I wanted to work with him as an actor and I just couldn't imagine anyone else playing that role. If we were going to make the show it had to be him," Edgerton said.

Also, it's all in the family when it came to casting Brittany, Ray's daughter. She's played by Edgerton's real-life step-daughter, Chika Yasumura.

"By the time we went to make season 1, and we had the money to make it, she was the right age," he said. "I auditioned a lot of kids and I just wasn't finding what I was looking for in the character and my wife Carla suggested that I audition Chika. Which I was hesitant at first because she hadn't acted before, and I didn't want to make her audition, and then if she was no good I wasn't going to cast her, and then it was going to be awkward around the house because I rejected her."

"We had a chat about her just trying out for the experience of it, and her audition just blew everyone away, including myself, and she became Brittany. It's one of my favorite things about the show, getting to work with her," he added.

This season follows Ray after a significant loss in his family and personal life. No spoilers for those who may wish to binge seasons 1 and 2 first, which are available on Hulu. 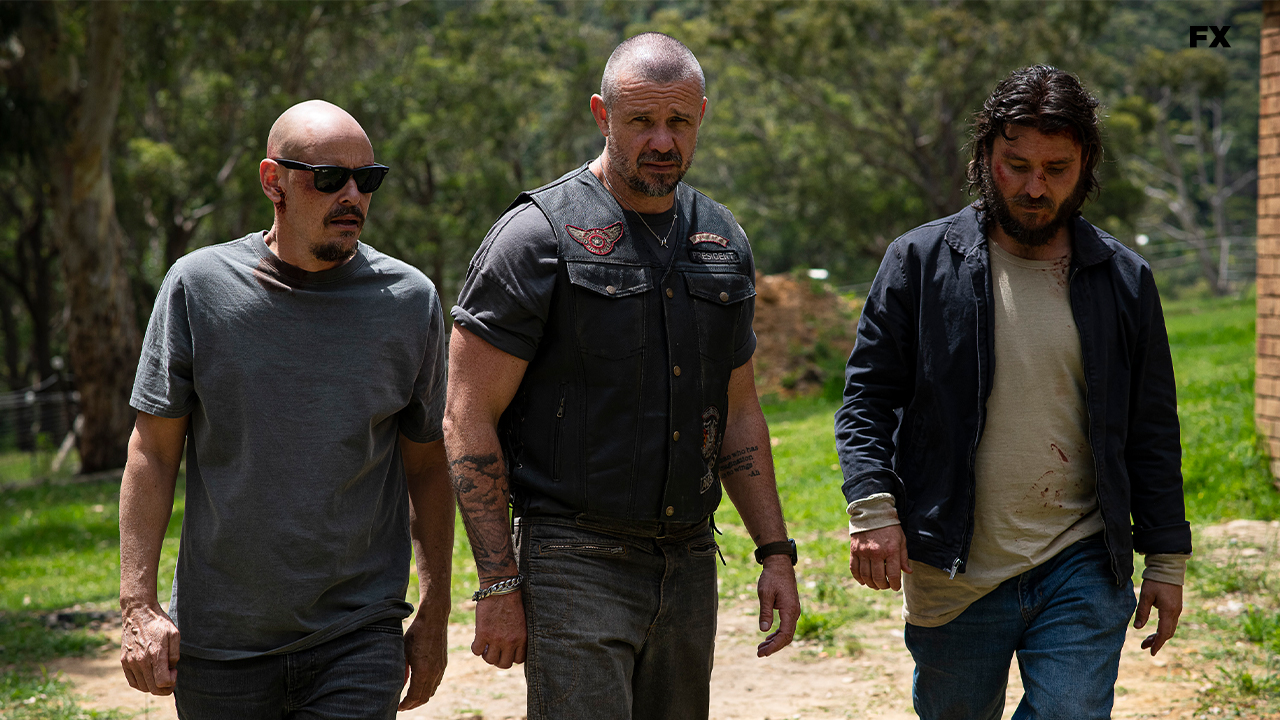 Mix those emotions with caring for a pre-teen daughter and an aging father, a demanding career as a hitman and cleanup guy, it's a recipe for fast-paced action and drama.

"There's a lot more action in this season, there's more Brittany, she's growing up and starting to question what he's doing," Edgerton said. "There's a lot of funny stuff, action, and dark humor, and Ray is finding it harder to keep his worlds separated."

Jennifer Matarese talks to Nash Edgerton about directing and being the executive producer of "Mr. Inbetween."

So what's next for Edgerton? He formerly worked as a stuntman and says he wouldn't rule out doing some stunt work again because it's so much fun.

"I still do stunts when the right people ask me," he said. "The little boy inside of me still likes to fall down stairs and get hit by cars."

However, he's got projects in the works with his brother, actor Joel Edgerton, and many others. He's focused on the long game and after waiting so long for "Mr. Inbetween" he says it's worth it to get it right.

"Each week I'm finishing an episode to get it ready in time, and then I'll want to sleep a little bit, but I'm working on a few other things, my brother and I work a lot together, we've got a couple of projects in development. Like a lot of filmmakers you kind of work on a number of things and see which one lands," he said.

Don't miss the big season 3 premiere of "Mr. Inbetween" Tuesday, May 25 at 10 p.m. ET/PT on FX and you can stream it the following day on FX and Hulu.

He's still trying to find that work/life balance. Watch the #MrInbetweenFX Season 3 trailer now. Premieres May 25 on FX & next day on #FXonHulu pic.twitter.com/yL1FKKQTkM

ALSO READ: And your next 'American Idol' is...
EMBED More News Videos

A new winner was crowned on American Idol Sunday night.