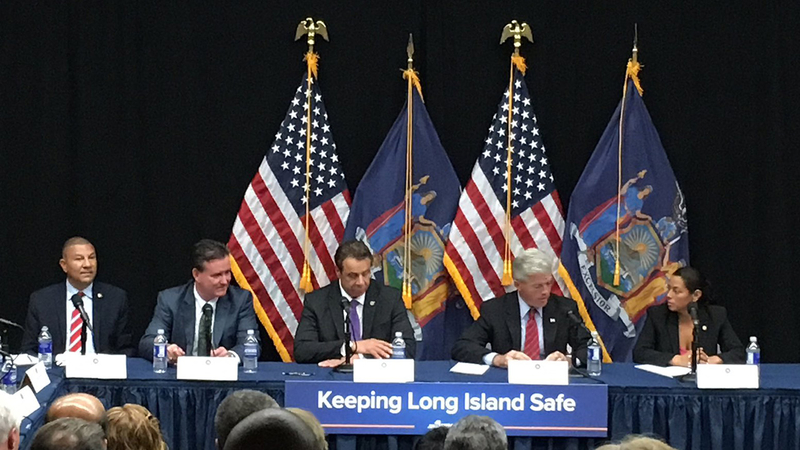 State troopers coming to schools at risk of gang activity

The new unit will work to stop gang violence before it starts and identify early warning signs of gang activity, and will also coordinate closely with the Suffolk County Police Department to launch an "Educate the Educators" program to help teachers and faculty recognize those early warning signs.

In addition, the State Police will roll out a gang awareness curriculum directly to students to teach them about the dangers of gangs and foster a relationship between students and police.

Cuomo made the announcement on the one year-anniversary of the tragic murders of high school students Nisa Mickens and Kayla Cuevas by MS-13, and the initiative comes on the heels of efforts to expand access to state intelligence and law enforcement assets in the fight against MS-13.

"It was hard for her," Cuevas' mom, Evelyn Rodriguez said. "At one point, she didn't trust anybody in the school. She thought they wasn't doing enough for the kids."

"Our number one job in government is to keep all New Yorkers, and especially our children, safe," he said. "By partnering with our schools, we will be better prepared to stop gang activity before it starts and end this heinous cycle of violence."