Rock thrown at B15 bus in Brooklyn, 4th attack on same line in a week 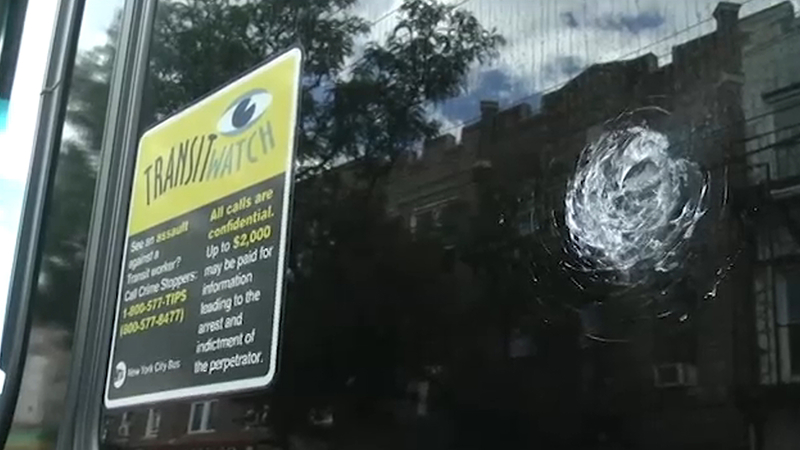 Rock thrown at B15 bus, 4th attack in a week

EAST NEW YORK, Brooklyn (WABC) -- Police are investigating another attack on a bus in Brooklyn, following three other attacks on drivers on the same line in the past week.

According to police, just before 1 p.m. Thursday a man threw a rock at B15 bus along its route on New Lots Avenue and Williams Avenue in East New York, shattering the driver's window

The driver pulled over about ten blocks away. No one on-board was injured

Police describe the suspect as a man in his 20's wearing khaki pants and multi-colored shirt.

Investigators are trying to determine whether the most recent incident is linked to the previous three, which all involved cans of pepper spray.

Police were escorting buses along the route Thursday afternoon.