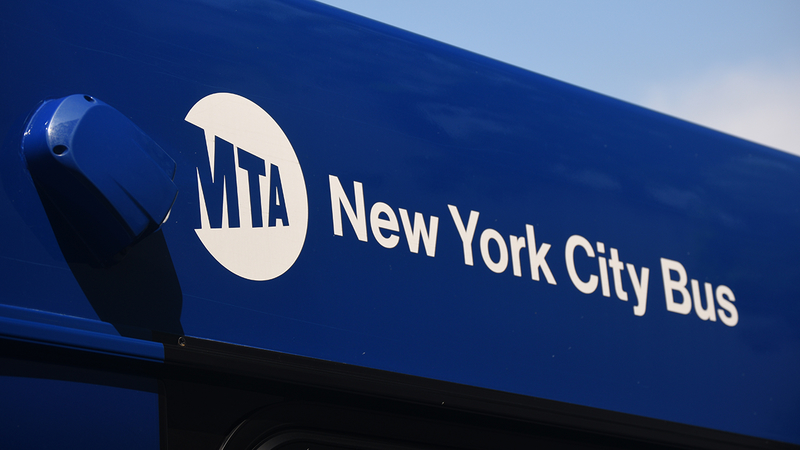 UPPER WEST SIDE, Manhattan (WABC) -- New York City Transit leadership attended the court appearance of a man accused of threatening an MTA bus driver with a gun last month to demand he be prosecuted to the fullest extent of the law.

Police said the 28-year-old missed the M11 bus at Columbus Avenue and West 85th Street on the Upper West Side around 7:50 a.m. on August 9 and then hailed a cab that drove two blocks until he caught up with the bus at West 83rd Street.

He then allegedly jumped out of the cab, ran up to the bus, displayed a handgun to the 55-year-old driver and yelled, "Why didn't you stop for me?"

Officers responding to numerous 911 calls found Burnett walking to Central Park West, and he was arrested without incident within four minutes.

NYC Transit President Andy Byford and the agency's head of buses, Craig Cipriano, attended the court hearing Wednesday, saying it is unacceptable for MTA workers to be attacked for doing their jobs.

"Do not ever ever take your frustrations out on employees who are just trying to get you from point A to B," Byford said. "Bus operator Haynes was just out there, no provocation whatsoever, was threatened by someone frankly in my opinion should not be on the streets."

They are outraged and wants full charges pressed with no plea deals.