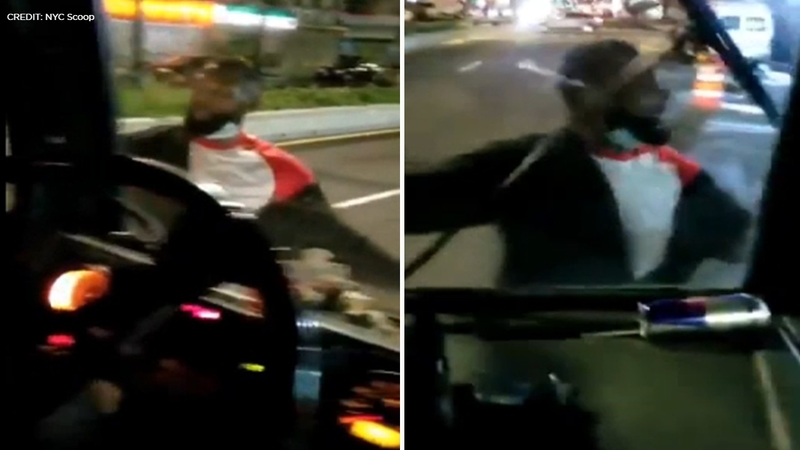 CYPRESS HILLS, Brooklyn (WABC) -- A man was arrested Friday after police say he broke multiple windows of an MTA bus in Brooklyn.

Police responded to a call of criminal mischief near Hendrix Street and Atlantic Avenue just after midnight Friday.

The suspect was caught on video banging the front windshield and trying to break off the wipers of the bus.

Laquarn Johnson, 39, was arrested on charges of criminal mischief and disorderly conduct.

It's not clear what motivated him to start banging on the bus.

A spokeswoman with the MTA released the following statement:

"Attacks on buses are senseless and ridiculous. The bus operator, who was clearly in fear, acted professionally in immediately calling for help. We've said repeatedly that the city needs to meet its obligation to assure safety and security in transit and provide mental health services to those who need them."