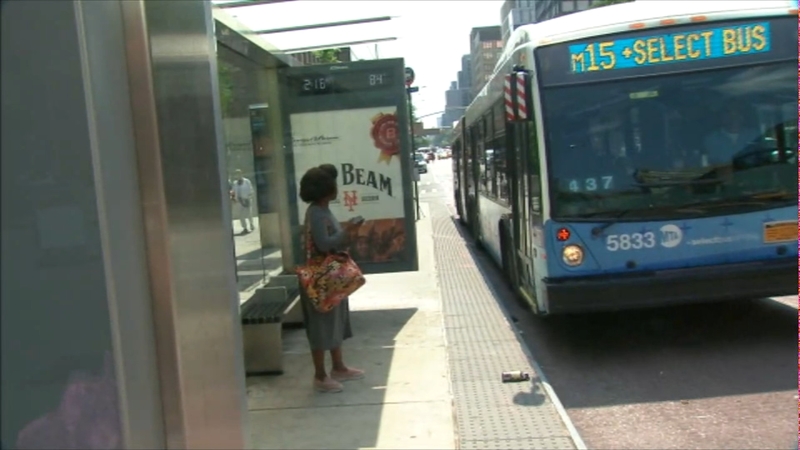 NEW YORK (WABC) -- The MTA is looking at ways to cut hundreds of millions of dollars in costs as ridership and revenues decline.

MTA chairman Joseph Lhota says this is just the preliminary stage of their budget process and the cost savings proposals the agency is now considering will not reduce staff or services.

Meanwhile some have recently questioned the MTA's transparency and expansion plans with funding concerns still on the rise.

Driving New York City's transportation toward the future, Select Bus Service is just one of several ways the MTA is striving to improve travel for the everyday commuter.

Still Lhota admits the agency is facing a myriad of challenges with ridership down and operating costs on the rise.

The MTA already has plans in the works for five new select bus service routes across the five boroughs as part of the L train mitigation plan and officials say no matter what, those new lines are going to happen.

In the meantime the MTA is considering cutting costs by reducing overtime paid to NYPD fare evasion patrols.

There have also been discussions about reallocating train cleaning crews and moving other resources around. Riders say with fares going up all too frequently, they just want to see improved service.

"They just keep raising prices and it's hurting people's pockets and you see no changes, nothing effective," said rider Amanda King.

"Not only for the select bus but any transportation in general cutting anything I think is just affecting the city more and making New Yorkers angry because they just want to get where they're going," said rider Tracy Egan.

In a statement, Mayor Bill de Blasio said "Delaying the expansion of SBS and the lack of transparency of this plan is astounding and will hurt New Yorkers who desperately need faster and more reliable bus service."