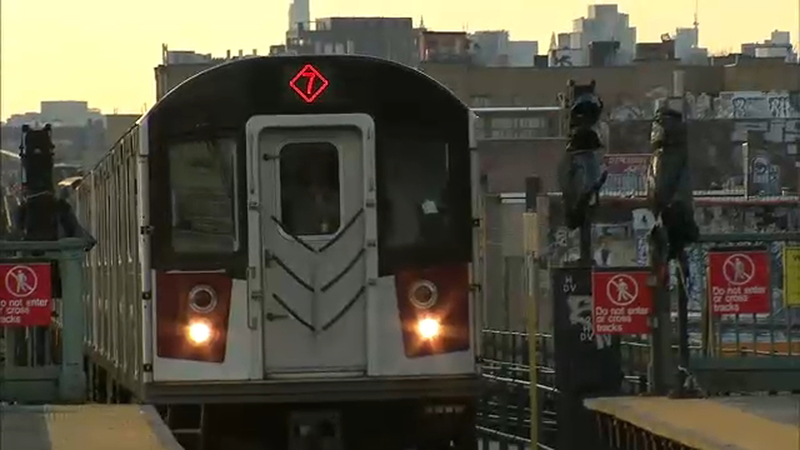 Byford is furious. For the second time in two weeks, rush hour riders on the 7 line were delayed because of ice and snow.

Byford says the problem is a device installed along the tracks called a transponder, a critical component in the system known as "CBTC."

As demonstrated in an MTA video, transponders on the trains talk to the transponders in the tracks, allowing more trains to run closer together.

But the 7 train transponders apparently go haywire in snow and ice, forcing the engineers to take over and run their trains at a crawl.

The problem was first identified in March. And Byford says the manufacturer, the France-based Thales Group, has been working on a fix ever since.

But the system failed last week and again Wednesday morning, both times in bad weather.
Workers have begun installing low-tech, protective covers on the first of 110 vulnerable transponders. And software is being upgraded.

"They have been told in very blunt terms to get the remaining covers, the remaining transponders covered by this weekend when there's more bad weather predicted," said Byford.

Byford insists it cannot happen again. He is confident that the problem can and will be fixed before the next storm.

But we won't really know until it snows.

Riders say it's getting ridiculous.

"It's not like there's somewhere we could go in and stay warm," said one rider. "And sometimes we're outside waiting 5, 10 minutes in the cold."

A spokesperson for Thales Group released the following statement:

"Thales is deeply sorry for the impact this problem has had on New Yorkers and their reliable use of the 7 Line under adverse weather conditions. All our teams are fully resourced, mobilized and committed to deliver and deploy the solution as quickly as possible in order to offer New York commuters the best level of service and avoid speed reductions in such weather conditions."