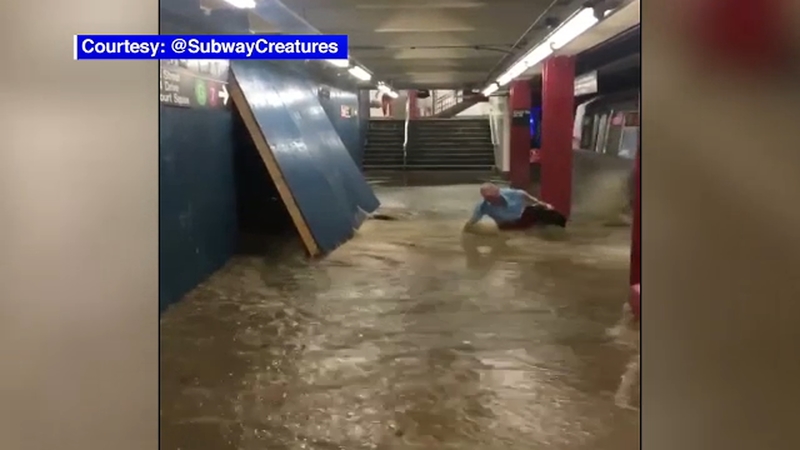 It was captured on video and posted on Twitter by @SubwayCreatures.

Ok this one is scary. Wall gave out last night during a rush of water while a train was coming and took someone out #subwaycreatures pic.twitter.com/WtzgY1FuWv

The MTA blames the flooding on construction work at an adjacent site, where water was allowed to accumulate without having "the proper pumping system in place to act as a temporary drainage system."

"This was an absolutely unacceptable and avoidable incident caused by a contractor working on a residential development project that could have put lives at risk," the MTA said in a statement. "We have already begun taking steps to make sure the developer and contractor are held accountable and this doesn't happen again."

The force of the water poured through a temporary construction wall and onto the platform.

"We have no reported injuries and no service impact from this incident, as our trackbed drainage system was able to remove all of this unexpected water," the MTA said. "But we regret that our customers were inconvenienced and put at risk by this contractor's shocking lapse in best safety practices."

The man standing on the platform was knocked down by the water but was not injured, and there was no damage to the track bed.