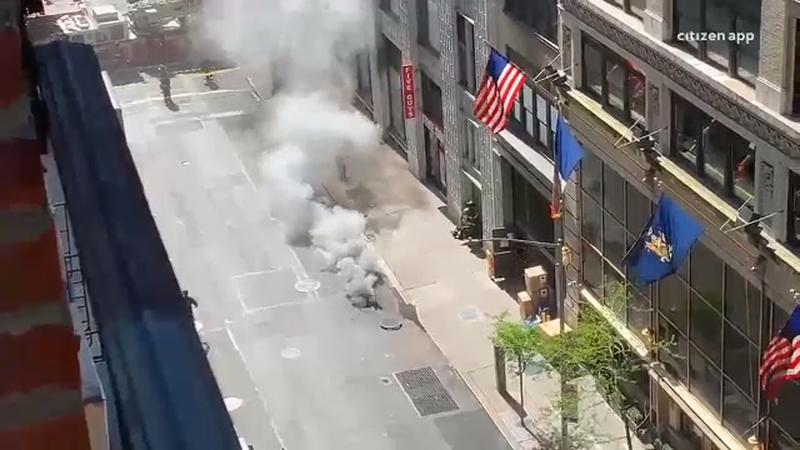 Smoke could be seen pouring from two of the five manholes shortly before 10 a.m. Just over an hour later, as gas and fumes built up, one of the manholes exploded.

"I saw the fire truck, they started coming down and then I noticed the other manholes start smoking," Ryan Jaglal said. "And then I heard a loud sound - BOOM - and everybody started running this way."

People working in nearby buildings say they lost power after feeling and hearing the explosion.

"It woke me up, so it was a really loud explosion and it just kind of came out of nowhere," Eva, a neighborhood resident, said. "It was so, so loud, and I didn't know what was going on. It's New York, so you think the worst, and I look outside and there was smoke all over."

The incident shut down traffic on East 32nd Street from Sixth Avenue to Madison Avenue and on Madison Avenue from East 31st Street to East 33rd Street.

Con Edison said several buildings on East 32nd Street would lose power while crews de-energize the area. Con Ed does not know how long power will be out while they work on wiring and infrastructure under the roadway.

The cause of the three-alarm incident remains under investigation.