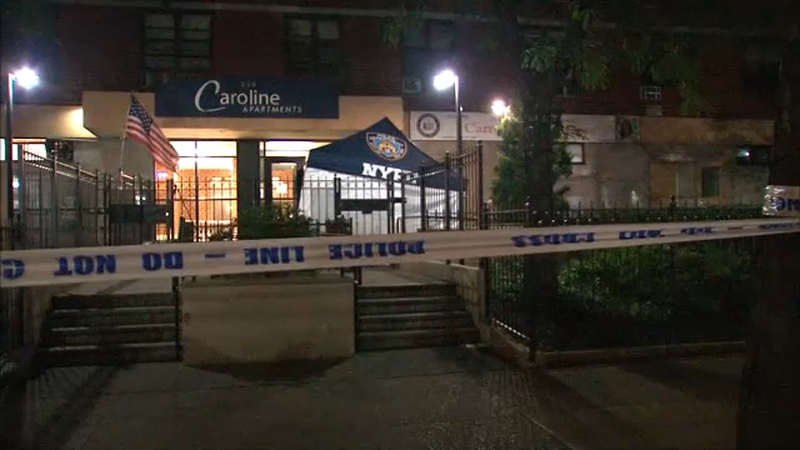 INWOOD, Manhattan (WABC) -- An elderly woman and her husband are dead after an apparent murder suicide in Manhattan, and neighbors say the couple had recently been fighting but never thought it would come to this.

Family and friends were in tears Monday outside the Caroline Apartments in Inwood, heartbroken over the deaths of 78-year-old Francis Walsh and 72-year-old Campo Elias Albujas-Montalvo.

Police say Albujas-Montalvo fatally stabbed his wife before jumping off the building to his own death.

Neighbors say the couple had lived in the apartment for at least 20 years.

Officers were called to 210 Sherman Avenue just after 10:15 p.m. Sunday, finding Albujas-Montalvo dead on the sidewalk.

Upstairs in the sixth floor apartment, they found Walsh on the couch with multiple stab wounds to her torso.

Neighbors say couple had been fighting a lot recently and that Albujas-Montalvo was suffering from depression.

Maria Hernandez had just seen couple a few days earlier and said the husband had just been to the casino.

"She talked to me and she was fine," Hernandez said. "Around the same time, I saw him and I spoke to him too and he was fine. He didn't look mad or anything. I don't know what happened."

Police took bags of evidence from the apartment, where a knife was also found.

Family members didn't want to talk, but neighbors say they couple had four daughters and many grandchildren.

Friends say they had recently been encouraging the couple to get help.