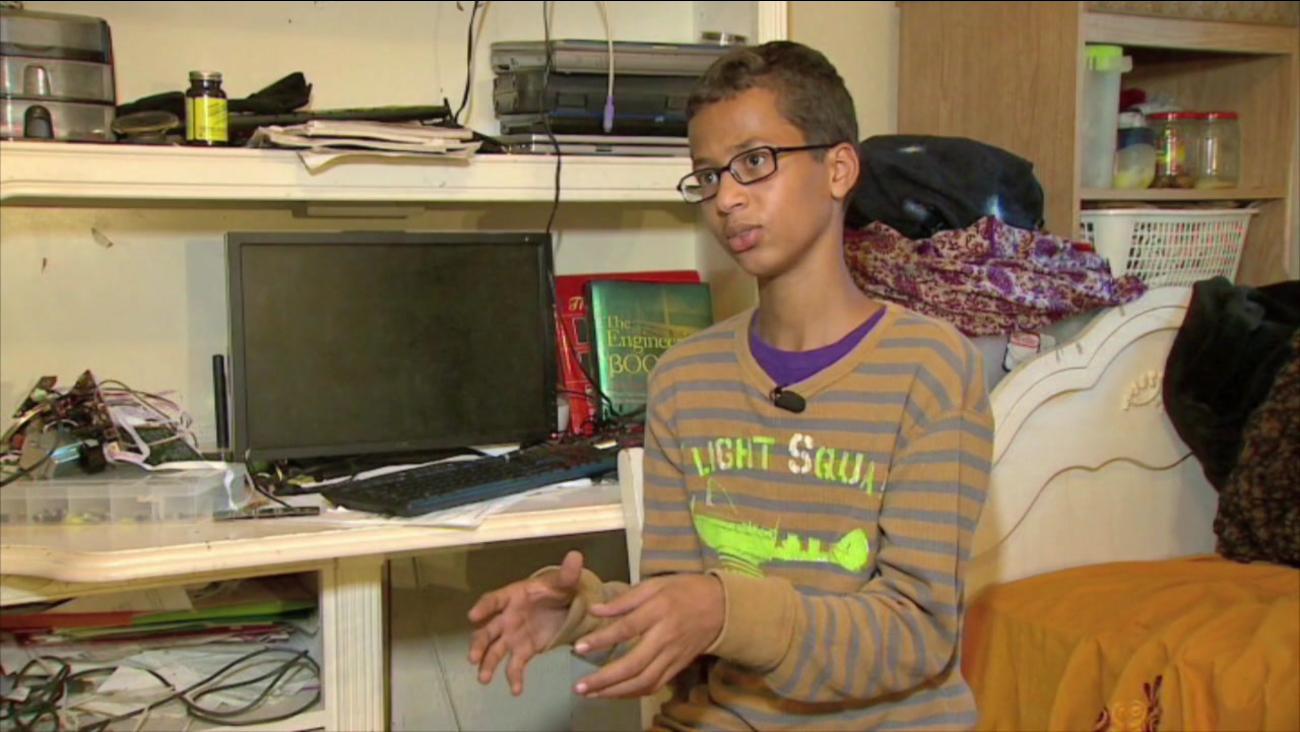 NEW YORK -- The Muslim student from Texas who was handcuffed after his homemade clock was mistaken for a bomb has visited New York City Hall.

Fourteen-year-old Ahmed Mohamed toured the building Monday as part of a visit put together by the NYPD Muslim Officers Society.

Mohamed said de Blasio told him to "keep doing what you're doing."

The teenager made international headlines this month when he was detained at his Irving, Texas high school after police believed his homemade digital clock was a bomb.

Ahmed received an outpouring of support, including an invitation to visit the White House from President Barack Obama.