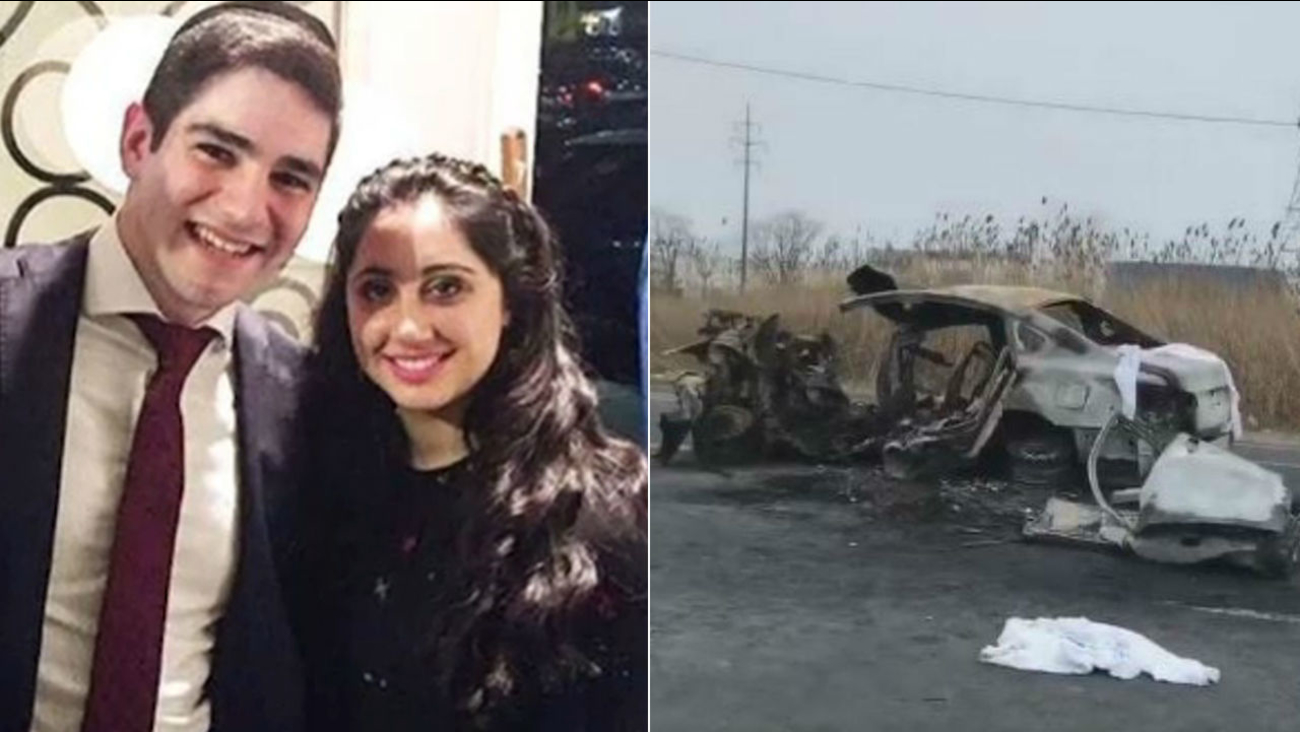 INWOOD, Nassau County (WABC) -- A Brooklyn man was convicted Tuesday in connection with a 2018 crash in Inwood that killed a newly engaged couple.

36-year-old Rahmel Watkins was convicted of criminally negligent homicide, assault, reckless endangerment and reckless driving. He faces up to life in prison.

Watkins and Zakiyyah Steward were part of a group of cars traveling in the northbound lanes of the Nassau Expressway in Inwood from Far Rockaway to a Queens casino, said Nassau County District Attorney Madeline Singas.

She said Watkins was driving a 2010 BMW GT recklessly and more than twice the speed limit when his vehicle crossed over the double yellow lines and struck a 2017 Nissan Altima head-on being driven by 21-year-old Yisroel Levin, with his 20-year-old fiancé, Elisheva Kaplan, in the passenger seat.

They were returning home from a Passover gathering and were to be married in June 2018.

Levin and Kaplan were killed when the Altima burst into flames, was pushed backward and continued to burn. Watkins then struck a silver Infiniti driven by James Hamilton, leaving him with a fractured spine and injuries to his hand, ankle and knee.

Singas said Steward was driving a 2016 Hyundai Genesis, next to Watkins, at a high rate of speed and while intoxicated and impaired by marijuana when the vehicle hit the couple's car.

Steward pleaded guilty and is expected to be sentenced in October to three to nine years in prison.