AP
ATLANTA -- Investigators said Saturday they have issued an arrest warrant for a woman in connection with a fire at a Wendy's restaurant in Atlanta during protests over the police shooting of an African American man.

Natalie White is a suspect in the arson and investigators are asking for help finding her, Atlanta Fire and Rescue said in a Twitter post.

The post included surveillance pictures of White, 29, in a store, but no additional identifying information.

Several people are suspected of trying to set fires in the restaurant before the blaze finally spread, fire officials said. 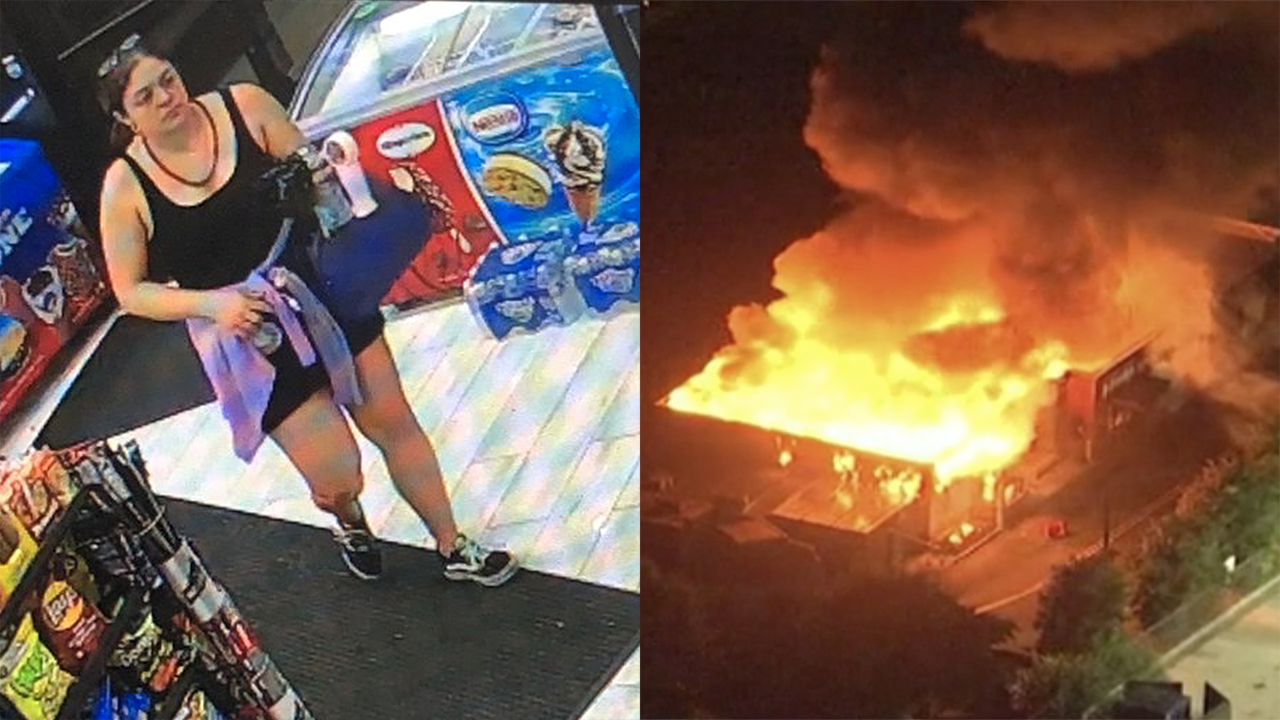 Officials say they have issued an arrest warrant for Natalie White in the burning of a Wendy's restaurant in Atlanta during protests over the police shooting of Rayshard Brooks.

Demonstrators threw bricks and rocks at firefighters as they tried to get to the restaurant, and they couldn't start fighting the blaze until it had destroyed the building, Atlanta Fire Chief Randall Slaughter has said.

Atlanta police officers were called to the Wendy's on June 12 over complaints of a car blocking the drive-thru lane. Officers found Rayshard Brooks asleep in the car.

The officers spoke to Brooks, who was Black, for more than 40 minutes, but things quickly turned violent when they tried to handcuff him, according to body camera video.

An autopsy found Brooks was shot twice in the back. Garrett Rolfe was fired from the police department immediately after the shooting and is charged with felony murder. The 27-year-old Rolfe is white.

Protesters gathered the night after Brooks was killed, breaking the windows in the restaurant before the fire was set.
Report a correction or typo
Related topics:
georgiaprotestu.s. & worldrace in americaarson
Copyright © 2020 by The Associated Press. All Rights Reserved.
PROTEST