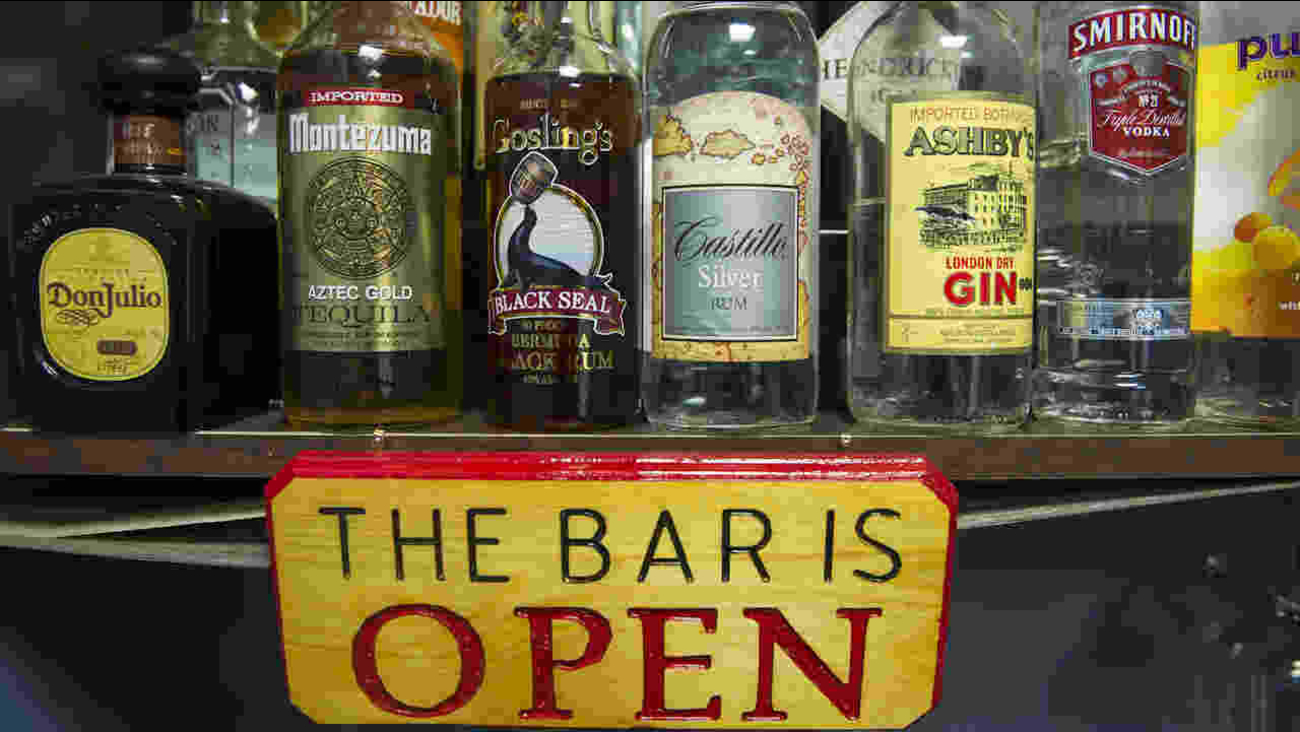 WASHINGTON -- There's no skunky bar odor amid the beer taps. Instead of booze, colored water fills the bottles. The real alcohol is locked away but still close enough for the extra temptation of smell - and to test the safety of a new drug designed to help heavy drinkers say "when" sooner than usual.

The replica of a fully stocked bar inside the hospital at the National Institutes of Health is an important part of the experiment. Researchers believe that sitting in the dimly lit bar-laboratory should cue the volunteers' brains to crave a drink, and help determine if the pill they're testing counters that urge.

"The goal is to create almost a real-world environment, but to control it very strictly," said lead researcher Dr. Lorenzo Leggio, who is testing how a hormone named ghrelin that sparks people's appetite for food also affects their desire for alcohol, and if blocking it helps.

Amid all the yearly resolutions to quit, alcohol use disorders affect about 17 million Americans, and only a small fraction receives treatment. There's no one-size-fits-all therapy, and the NIH is spurring a hunt for new medications that target the brain's addiction cycle in different ways - and to find out which options work best in which drinkers.

"Alcoholics come in many forms," explained Dr. George Koob, director of NIH's National Institute of Alcohol Abuse and Alcoholism, which has published new online guides, at www.niaaa.nih.gov, explaining who's at risk and what can help.

Genes play a role in who's vulnerable to crossing the line into alcohol abuse. So do environmental factors, such as getting used to drinking a certain amount, not to mention how your own brain's circuitry adapts.

Treatment can range from inpatient rehab and 12-step programs to behavioral therapy and the few medications available today. Koob, who specializes in the neurobiology of alcohol, says it usually takes a combination and ultimately, "you have to change your life."

Yet a recent review for the Agency for Healthcare Research and Quality estimated that less than a third of people who need treatment get it, and of those, less than 10 percent receive medications.

Three drugs are approved by the Food and Drug Administration to treat alcohol abuse. One, naltrexone, blocks alcohol's feel-good sensation by targeting receptors in the brain's reward system - if people harbor a particular gene. The anti-craving pill acamprosate appears to calm stress-related brain chemicals in certain people. The older Antabuse works differently, triggering nausea and other aversive symptoms if people drink while taking it.

-A study by NIAAA and five medical centers found the anti-smoking drug Chantix may help alcohol addiction, too, by reducing heavy drinkers' cravings.

-University of Pennsylvania researchers found the epilepsy drug topiramate helped heavy drinkers cut back, if they have a particular gene variation mostly found in people of European descent.

Back in NIH's bar lab, one of about a dozen versions around the country, the focus is on ghrelin, the hormone produced in the stomach that controls appetite via receptors in the brain. It turns out there's overlap between receptors that fuel overeating and alcohol craving in the brain's reward system, explained NIAAA's Leggio.

In a study published this fall, his team gave 45 heavy-drinking volunteers different doses of ghrelin, and their urge to drink rose along with the extra hormone.

Now Leggio is testing whether blocking ghrelin's action also blocks those cravings, using an experimental Pfizer drug originally developed for diabetes but never sold. The main goal of this first-step study is to ensure mixing alcohol with the drug is safe. But researchers also measure cravings as volunteers, hooked to a blood pressure monitor in the tiny bar-lab, smell a favorite drink. Initial safety results are expected this spring.

"Our hope is that down the line, we might be able to do a simple blood test that tells if you will be a naltrexone person, an acamprosate person, a ghrelin person," Koob said.