Matt Pieciak was surrounded by friends and family, drinking some beers, playing some cornhole and trying to catch some fish

Matt Pieciak was surrounded by friends and family, drinking some beers, playing some cornhole and taking a chance at catching some fish.

ORLEANS, Mass. -- A Massachusetts man nearly caught a great white shark on the beach over the weekend.

It started off as an average day on Nauset Beach, located on Cape Cod in Orleans, Massachusetts, for Matt Pieciak, surrounded by friends and family, drinking some beers, playing some cornhole and taking a chance at catching some fish.

But mid-game, he spotted something in the water behind his opponent, WCVB reported.

"I just saw the rod kind of start to go off behind him, the tip of it was bending, and from there we just kind of ran over to it," Pieciak said.

Pieciak politely asked his cousin to "hold my beer" before realizing he'd hooked a great white.

RELATED: 12-year-old Pennsylvania girl speaks out after being bitten by shark in Ocean City, Maryland

"Right when the line went tight you could see a big gray shadow, and we all immediately knew it was probably a great white," he said.

Not only the shadow, but a tail fin and a dorsal fin, exciting beachgoers and drawing a crowd.

"He or she broke off pretty quickly, and that was it, disappeared into the depths of the ocean I guess," Pieciak said.

Pieciak believes this all began when the shark went after a bigger fish that was on his bait.

"There is no chance the hook I was using for the fish would have even grabbed the shark," he said. 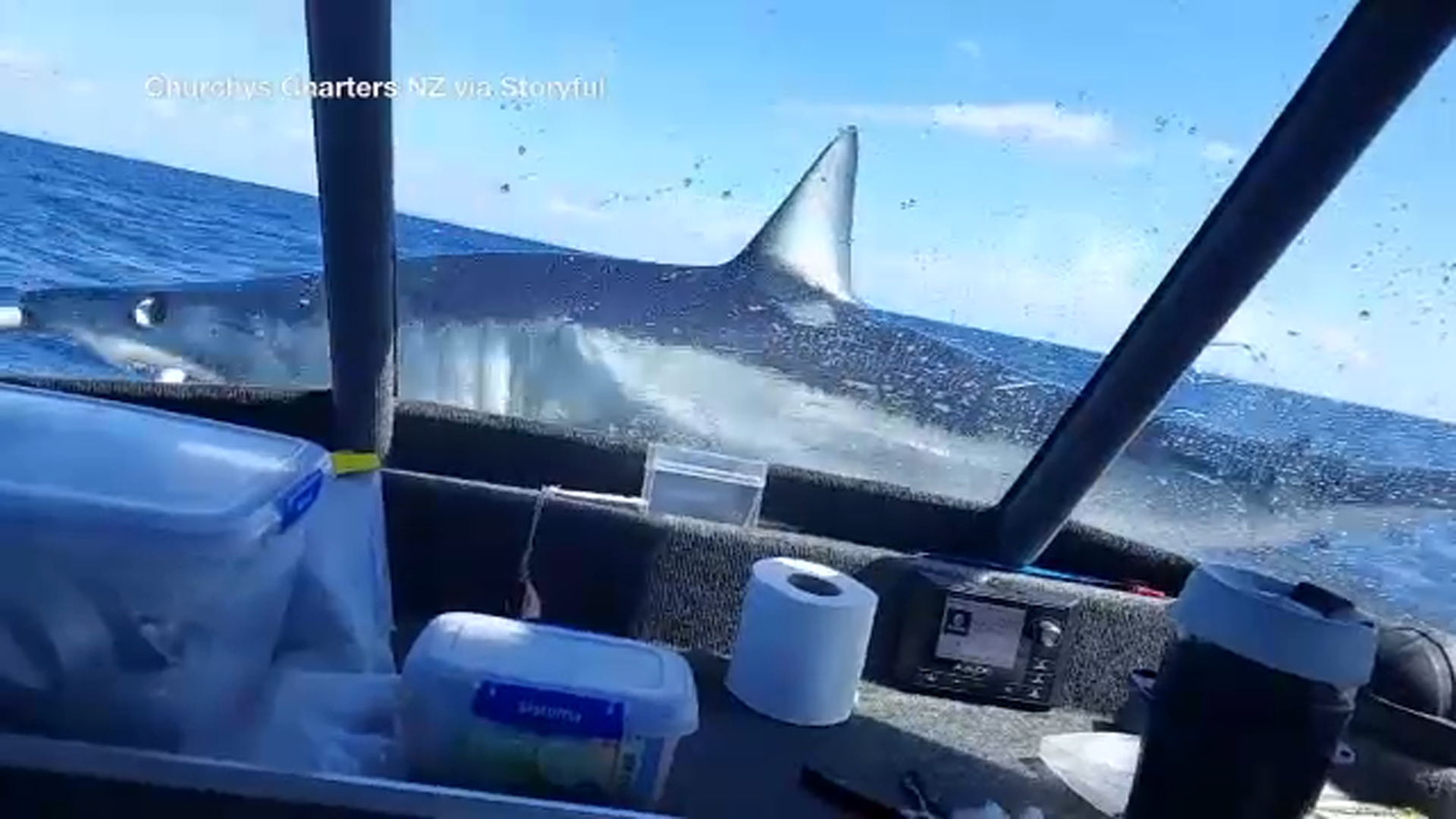