'Fall and Rise: The Story of 9/11' shares experiences of victims and survivors 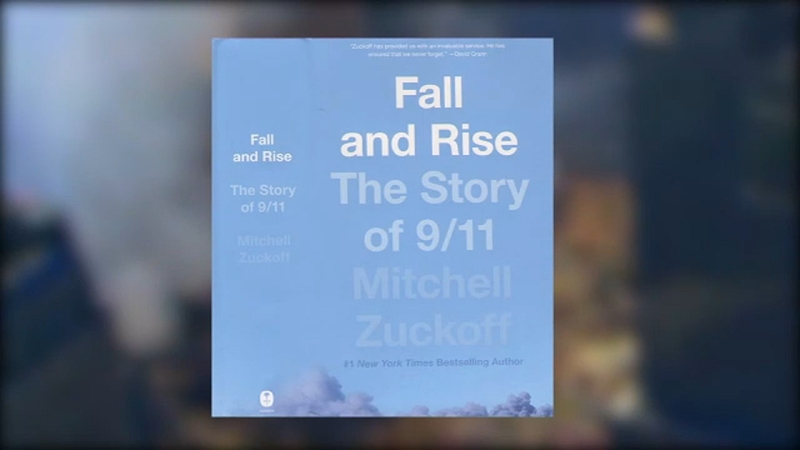 'Fall and Rise: The Story of 9/11' shares experiences of victims and survivors

Nearly 18 years after the 9/11 terror attacks a new book shares the experiences of many whose lives were forever altered that day.

Former Boston Globe reporter Mitchell Zuckoff covered the tragedy and wanted to illuminate those stories in his new book "Fall and Rise: The Story of 9/11."

September 11, 2001 was the deadliest terror attack in United States history. Four hijacked planes crashed into the World Trade Center towers, The Pentagon and a field in Pennsylvania after passengers fought back. Nearly 3,000 people were killed.

Yet for so many Americans, especially young people, the 9/11 attacks seem as distant as the Japanese attack on Pearl Harbor in 1941.

Which is one reason why Zuckoff wrote the book to tell stories about the people who died, those who survived and those who were heroes.

"We have an entire generation with no memories, and we have people in our generation whose memories are fading," Zuckoff said.

Zuckoff's book is drenched in the spirit of preventing 9/11 from falling into the well of history.

"9/11 is with us every day, we live in a post 9/11 world and that means something. Before we just say it's like Columbus Day or it's a day we mark once a year, we have to be living this story, we have to be honoring the heroes, the families, the survivors, the victims every day," Zuckoff said.

"The reason why we call the book fall and rise is because it was supposed to be the end. It was supposed to destroy us. But in the immediate aftermath all we suffered became part of our shared experience. I think we're not richer for it, but we are stronger for it," Zuckoff said.

Sadly, nearly 18 years later, the death toll continues to rise. First responders, fire fighters, police officers, anyone who worked for weeks and months at Ground Zero are now sick and too often dying. This is happening as the victim's compensation fund to help them is running out of money.

"We have buried more people post 9/11 from 9/11 related diseases. Firefighters, police officers, FBI members, you name it, and I think we owe them a debt that we have to continue to pay."

The ball for boosting funding remains in the hands of congress.

You can see Bill Ritter's entire interview with Mitch Zuckoff, talking about 9/11 victims, survivors and heroes - on Eyewitness News Up Close, Sunday morning at 11 on channel 7.