WABC
By Eyewitness News
HOWARD BEACH, Queens (WABC) -- Testimony is continuing Thursday in the retrial of a man accused of murdering a jogger in Queens.

Authorities say 22-year-old Chanel Lewis sexually abused and strangled 30-year-old Karina Vetrano as she ran near her home in Howard Beach in 2016. His first trial ended in November with a hung jury.

The prosecution called two witnesses Thursday morning. First was Angelo Gurino, a neighbor in Howard Beach who called 911 in May of 2016 to report "a suspicious person standing on the corner, looking at my house."

He identified that person as the defendant and said Lewis was not carrying anything but was simply "wandering around" and at one point sat himself down on a curb.

His 911 call was played in court, and Gurino is heard identifying the man as black, wearing dark pants and a white hooded sweatshirt.

"Right now, he's sitting on the curb," he said. "He doesn't belong there."

Gurino followed Lewis, and police were dispatched. Lewis was questioned and released without charges.

Next on the stand was NYPD Lieutenant John Russo, a neighbor who remembered Lewis having been in the area and whose recollection, months later, led police to identify Lewis as a potential suspect.

Prosecutors also released the final selfie Karina Vetrano took at her home moments before leaving, with her mother in the background. 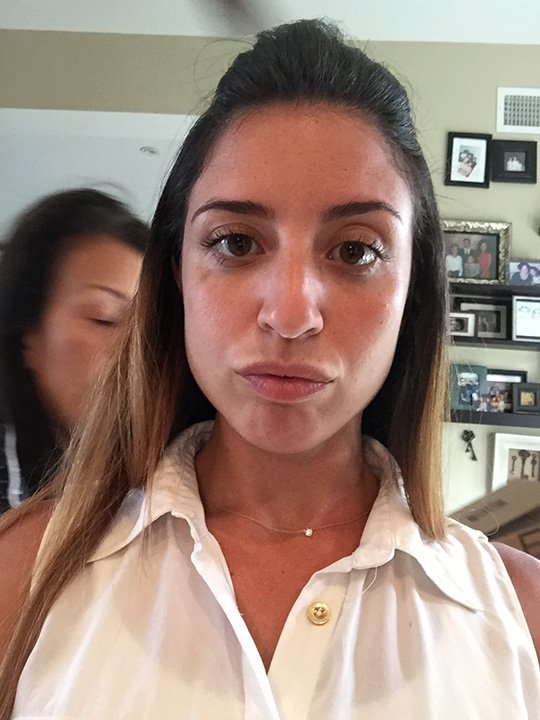 "That is my beautiful baby," Catherine Vetrano said after she was shown an enlarged photo of the selfie.

Karina's father Phil Vetrano testified Tuesday and Wednesday, telling jurors about a frantic voicemail message he left for Karina while he desperately searched for her along the trail they had run together many times before, a message that was played for the court.

In a particularly gruesome moment, Phil Vetrano was asked to identify a selfie Karina had taken earlier in the year, showing her perfect teeth.

"It shows her beautiful teeth, yes," he answered. "She took great pride in her teeth."

He was asked to look at a crime scene photo of his daughter's face and describe what he saw.

"It looks like Karina's mouth, all beat to hell," he said after a long pause. "They weren't cracked. She had perfect teeth, and those are not." 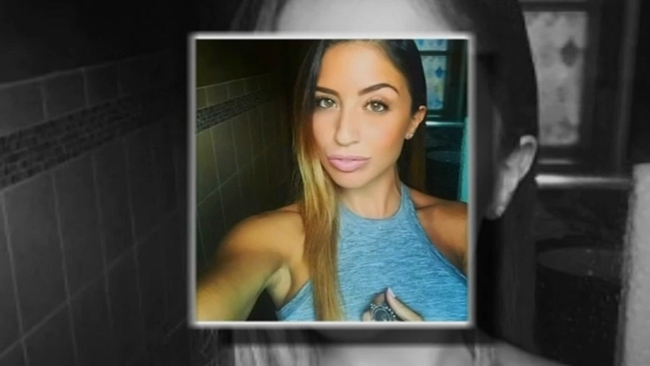