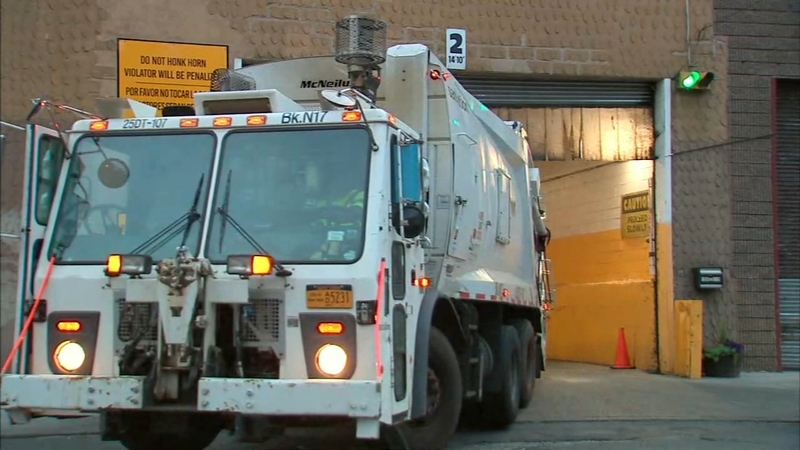 EAST WILLIAMSBURG, Brooklyn (WABC) -- There is a fight over trash in Brooklyn.

People living in the East Williamsburg neighborhood say they are tired of the smell and noise from a garbage transfer station.

Residents say not enough is being done to stop it.

Benny Torres has lived on Thames Street for 53 years and remembers when this industrial space was a bakery.

"With the smell of bread and cake I get up to go to work," Torres said.

Those delicious smells have since morphed into a putrid and disgusting stench that permeates throughout this East Williamsburg community, with the space now home to a garbage transfer station.

Mendez says the foul odor isn't the only concern among neighbors. They've also noted speeding garbage trucks, excessive noise, debris, rats and other violations the facility owners seem to be turning a blind eye to.

"There should be a four-way stop sign there because the garbage trucks, it's not just the private ones, they come barreling down the street," said Marc Nasdor, a neighbor.

Simply fed up, several neighbors and businesses recently filed a lawsuit in Brooklyn Supreme Court against the garbage facility.

An attorney with New York Lawyers of Public Interest says their main objective is not to gain money, but instead pressure the facility's owners to make changes.

"Simple things like new signs, cleaner environment," Mendez said. "We waited months or even more than a year and nothing has been done."

"Nobody wants it here and of course neighborhoods in Manhattan, they don't want anything near their house," Nasdor said.