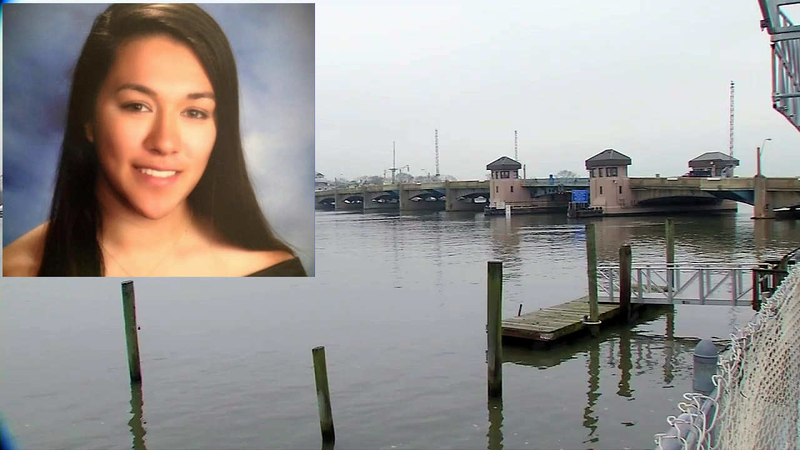 BELMAR, New Jersey (WABC) -- The search resumed Friday for the body of a teenager who disappeared two months ago, after investigators charged a childhood friend in her murder.

The body of 19-year-old Sarah Stern still has not been found, but the Monmouth County Prosecutor's Office announced Thursday that Liam McAtasney and Preston Taylor, both 19 and from Neptune City, are now charged in her death.

A state police helicopter flew rounds up and down the inlet Friday, much like it did in December, and the conditions are challenging now as they were then.

"It is possible due to oceanic currents and tides that her remains might have been swept out of the river into the Atlantic," Prosecutor Christopher Gramiccioni said. "But we are hoping for a miracle."

Dad Micheal Stern stood on the shores as long as the cold and his emotions would allow, and then he went home, less than two miles from the cold and choppy waters that authorities believe have been his daughter's resting place for the past few months.

He was also in court Thursday as prosecutors charged McAtasney, a former classmate, with first-degree murder. Authorities say McAtasney had gone to Stern's home with a plan to rob her. Instead, he is accused of strangling he before contacting Taylor for assistance in moving and ultimately disposing of the body.

The search and recovery operation to locate Stern's remains is expected to continue into the weekend.

Michael Stern said he's grateful his daughter's story is being told, and he's praying her remains are found. He also wants justice, pleading for help from anyone who could add details to the police investigation.