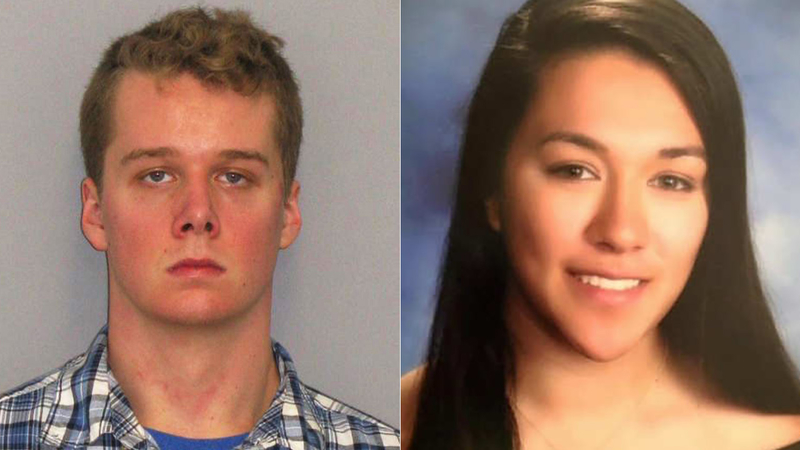 BELMAR, New Jersey (WABC) -- Jurors heard a chilling confession Thursday allegedly made by the man who authorities say murdered his childhood friend and dumped her body off a bridge in New Jersey.

Liam McAtasney is accused of strangling 19-year-old Sarah Stern in her Neptune City home before disposing of her body in the Shark River in Belmar.

Anthony Curry, an amateur filmmaker and good friend of McAtasney, came forward to authorities in January 2017, about a month after the murder. He testified that McAtasney had approached him the previous Thanksgiving with his plan to kill Stern and steal money left to her when her mother had passed away.

After Stern's disappearance, Curry went to police, who had him contact McAtasney and arrange a face to face meeting. It is a secret video recording set up in Curry's car, McAtasney allegedly admitted in graphic detail choking Stern for a half an hour, stealing her safe and throwing her body off the bridge with accomplice Preston Taylor's help.

Taylor has pleaded guilty and already testified against McAtasney.

In the alleged confession, McAtasney describes Stern going into convulsion and taking a half hour to die. Most of the details are too disturbing to print.

McAtasney has denied everything. If convicted. He faces life in prison without the possibility of parole.