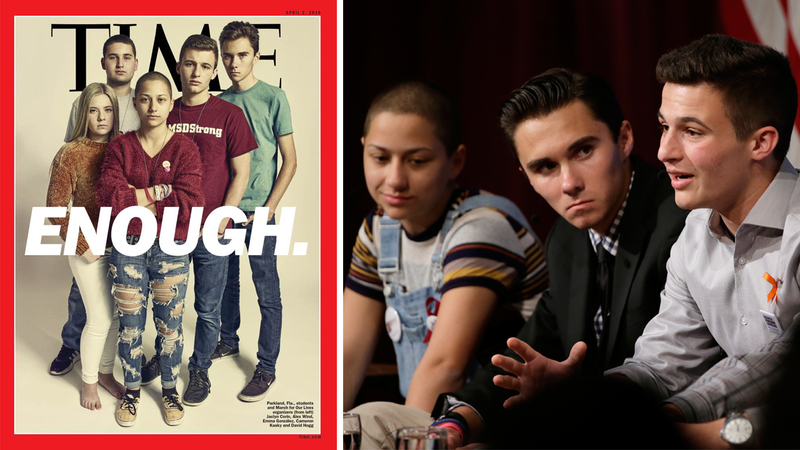 Days before their worldwide demonstration demanding legislators take action to curb gun violence, teenage survivors of the Parkland school shooting became the latest faces to appear on the cover of Time magazine.

The accompanying cover story, "The Young and the Restless," details the teens' efforts to plan the upcoming March for Our Lives, a demonstration that originated as a march on Washington but has since swelled to include more than 800 sister events in cities around the world.

In the weeks since the Feb. 14 mass shooting that killed 17 of their classmates and teachers, the anguished, school-aged survivors have emerged as some of the strongest and most compelling voices for change. They've made themselves increasingly visible through a number of media appearances and public disagreements with the National Rifle Association and other public figures. They've also amassed social media audiences in the millions, a platform that they've leveraged to push their call for change.

"This youth movement is unprecedented," Kris Brown of the Brady Campaign to Prevent Gun Violence told the magazine of the students' ascent. "What's different here is that the children who are impacted are older, and they are able to give voice in a way that could not happen before."

While the students have been largely embraced by those sympathetic to their cause, their rise is not without controversy. Some have claimed that conservative voices from within the Stoneman Douglas community have not been similarly amplified, while others have asked for more visibility for students more directly connected to the events of Feb. 14.

The students who survived the massacre at Marjory Stoneman Douglas High School are now among those leading the charge for reform.