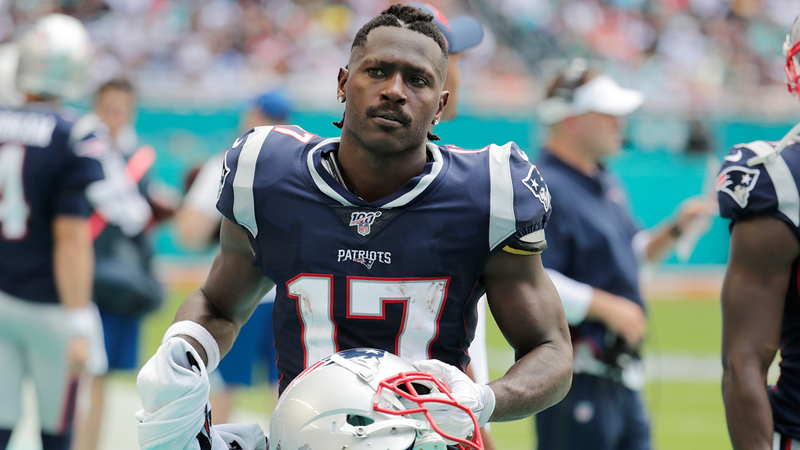 In a written statement, the team said "The New England Patriots are releasing Antonio Brown. We appreciate the hard work of many people over the past 11 days, but we feel that it is best to move in a different direction at this time."

Brown took to Twitter to thank the Patriots for the opportunity in several tweets.

Thanks for the opportunity appreciate @Patriots pic.twitter.com/envfHEd6N8

The news comes in the wake of accusations that he raped his former trainer.

Patriots coach Bill Belichick cut short his regular media availability Friday, a day after a second woman accused the Patriots receiver of sexual misconduct. The coach said the team is looking into "some things," then refused to answer several more questions about Brown, saying, "I'm done with the rest of it."

After another question about Brown, Belichick walked out .

Earlier Friday, Nike spokesman Josh Benedek confirmed that the company is no longer working with Brown, telling The Associated Press, "Antonio Brown is not a Nike athlete." The move comes after Brown, who already faces a civil suit contending he raped a former trainer, was accused of exposing himself to a woman working on a mural at his Pittsburgh home.

Through his lawyer, Brown has denied the allegations.
The NFL could place Brown on the commissioner's exempt list, which makes him ineligible to play or practice with the team, but he still would be paid.

A person familiar with the investigation process told the AP that the league has not summoned Brown for a meeting, which would require a union representative to be present. The person spoke on the condition of anonymity because the investigative process is not made public.

In his first interview with reporters since agreeing to a one-year, $15 million deal with the Patriots on Sept. 7, Brown took only four questions on Thursday and declined to answer questions about the accusations. Sports Illustrated first reported on the second accuser, and Nike's decision was first reported by the Boston Globe.

NFL spokesmen did not respond to requests for comment

The New York Jets will face the New England Patriots on Sunday.