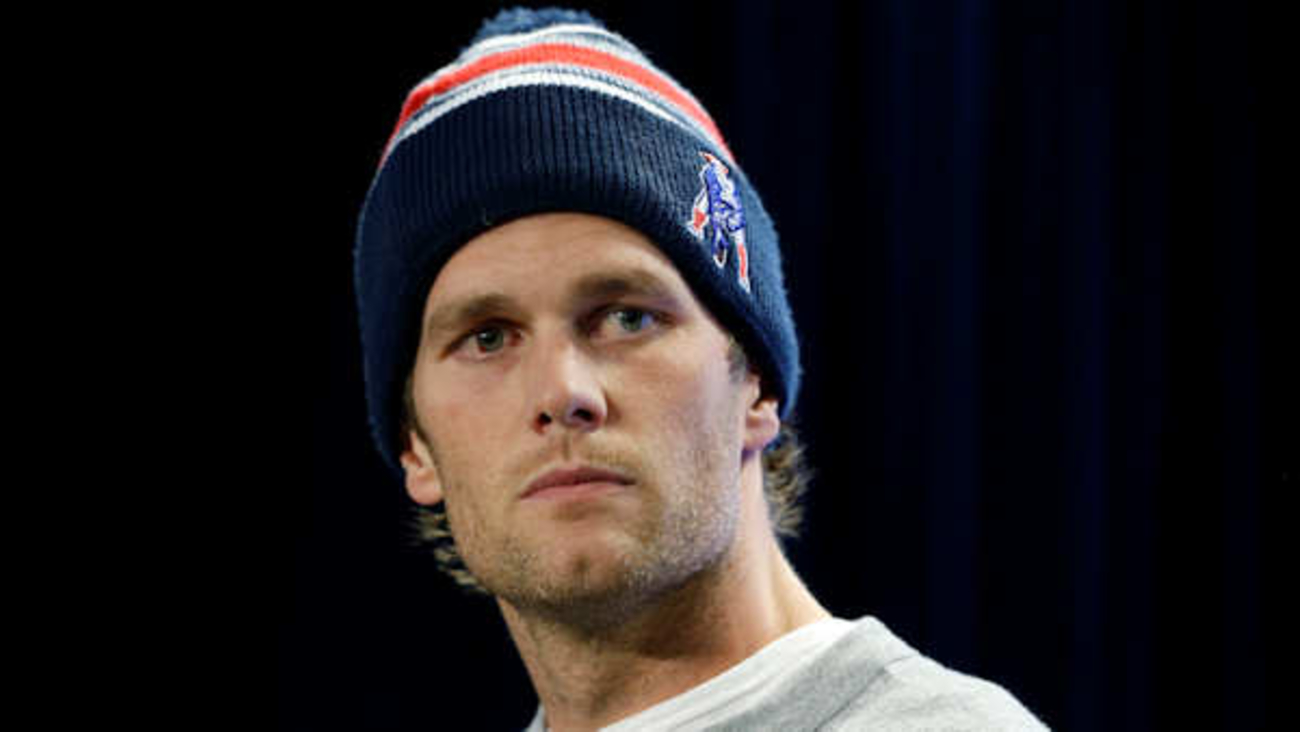 The league suspended the Super Bowl MVP Monday for the first four games of the season, fined the New England Patriots $1 million and took away two draft picks as punishment for deflating footballs used in the AFC title game.

The team threw its "unconditional" support behind its quarterback after the NFL came down hard on its biggest star in the "Deflategate" scandal.

"Tom Brady has our unconditional support," Patriots owner Bob Kraft said in a statement issued on Monday night. "Our belief in him has not wavered."

Five days after an NFL investigator reported that it was "more probable than not" that the Patriots broke the rules, the league handed down its punishment. NFL executive vice president of football operations Troy Vincent also indefinitely suspended the two equipment staffers who carried out the plan, including the one who referred to himself in text messages obtained by the league as "The Deflator."

In letters to the team and Brady, Vincent wrote that the league's investigation found "substantial and credible evidence" that the quarterback knew the employees were deflating footballs. It also said he failed to cooperate with investigators.

The investigation by attorney Ted Wells found that Brady "was at least generally aware" of plans by two Patriots employees to prepare the balls to his liking, below the league-mandated minimum of 12.5 pounds per square inch.

"Each player, no matter how accomplished and otherwise respected, has an obligation to comply with the rules," Vincent wrote, "and must be held accountable for his actions when those rules are violated and the public's confidence in the game is called into question."

Unless the suspension is overturned on appeal, Brady would miss the first four games of the season - including the league's marquee Sept. 10 opener against the Pittsburgh Steelers at which the Super Bowl championship banner would be traditionally raised. He would also miss games against Buffalo in Week 2, a home game against Jacksonville and a game at Dallas.

Brady would return the week of a Patriots-Colts AFC championship rematch in Indianapolis. Backup Jimmy Garoppolo, a 2014 second-round selection from Eastern Illinois who won the Walter Payton award as the best player in the FCS, has thrown 27 NFL passes, including one touchdown.

Brady has three days to appeal the suspension to Commissioner Roger Goodell or his designee.

"The discipline is ridiculous and has no legitimate basis," Brady's agent, Don Yee, said in a statement that questioned the NFL's integrity and opened the still-raw wound of the league's botched investigation of the Ray Rice domestic abuse case.

"The NFL has a well-documented history of making poor disciplinary decisions that often are overturned when truly independent and neutral judges or arbitrators preside," Yee said. "Sadly, today's decision diminishes the NFL as it tells its fans, players and coaches that the games on the field don't count as much as the games played on Park Avenue."

The Patriots would lose next year's first-round pick and a fourth-round choice in 2017. Kraft, who said after the Wells Report was released that he would abide by the league's decision, reversed himself on Monday, saying in his statement that said the punishment "far exceeded any reasonable expectation."

It's the second time in eight years the Patriots have been punished for violating league rules. In 2007, the team was fined $500,000 and docked a first-round draft pick, and coach Bill Belichick was fined $250,000 for videotaping opposing coaches as a way to decipher their play signals.

In his 243-page report released by the league last week, Wells found that the team broke the rules again, this time by deflating the game footballs after they had been checked by officials.

Although the report did not conclusively link Brady to the illegal activity, text messages between the equipment staffers indicated that the quarterback "was at least generally aware" of it. Investigators said Brady's explanation for the messages was implausible.

"It is unlikely that an equipment assistant and a locker room attendant would deflate game balls without Brady's knowledge and approval," the report said.

The NFL allows each team to provide the footballs used by its offense - a procedure Brady played a role in creating - but it requires them to be inflated in that range of 12.5-13.5 pounds per square inch. Footballs with less pressure can be easier to grip and catch, and Brady has expressed a preference for the lower end of the range.

The league owners will discuss the pregame handling of footballs next week at their meetings in San Francisco.

Vincent told the Patriots that it did not matter whether the flatter footballs affected the outcome of the 45-7 win over the Colts. He said it was likely that was not the first time the footballs had been improperly inflated, citing evidence referring to games before the start of the 2014 season.

"It is impossible to determine whether this activity had an effect on the outcome of games or what that effect was," Vincent said.

The Patriots went on to beat the Seattle Seahawks in the Super Bowl 28-24 - their fourth NFL title since the 2001 season. In his only public comments since the release of the Wells Report, Brady said that the scandal hasn't taken away from the team's accomplishments.

"Absolutely not," he said at a previously planned appearance in Salem, Massachusetts, Thursday night. "We earned everything we got and achieved as a team, and I am proud of that and so are our fans."

Fans chanted "Brady" and "MVP," then gave him a standing ovation as he entered the arena in the town made famous by the colonial witch trials. Since the airing of the scandal in the hours after the Colts game, New England fans have been unwavering in their support for the team, blaming the investigation on grudges by opponents jealous of the team's success.