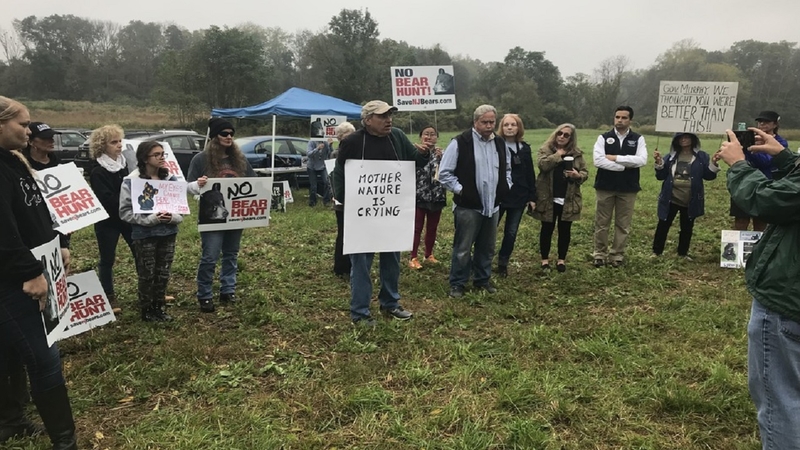 NEWTON, New Jersey (WABC) -- For the first time since Governor Murphy banned the hunt on state land, the annual bear harvesting is underway in New Jersey.

The first segment of the hunt is with bows and muzzle-loading guns. The second phase allows hunters to use rifles only and takes place in early December.

The hunt has been used as a way to reduce the number of bear encounters with humans. Hundreds of bears have been eliminated by the annual hunt over the past eight years. One hunter says "I have come to Jersey for three years and finally got my first bear this year."

Hunters are upset over the ban on state land for the bear hunt. They believe that the hunt is helping the state deal with a big bear problem. Opponents say other methods should be used to reduce the number of bears, along with teaching residents how to bear proof their homes and property.

The opponents turned out to protest at a weigh station in Sussex County - they screamed at every car driving there to check in with state officials and their catch. Hunters took the jeering in stride by adding "they have the right to protest."

Last year some 244 bears were harvested in the first phase of the bear hunt. Most of the state's bears live in the northwestern portion if the state.