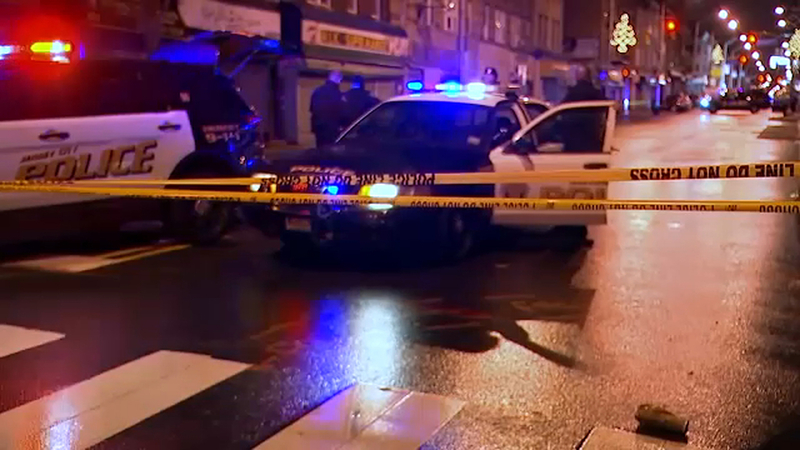 Among the victims was a seasoned police detective, a supermarket employee, and two members of the city's small but growing Hasidic community.

"The actions over the last couple days don't represent who we are as a city by any stretch," Fulop said. "This is homegrown hate. There is no place for that here."

Fulop acknowledged Jersey City had experienced growing pains as it welcomed members of the ultra-orthodox community to the area around Martin Luther King Boulevard in the Greenville neighborhood.

Roughly 100 families had relocated from Williamsburg, Brooklyn; in search of more affordable housing and some long-time members of the community felt pushed out. Disagreements arose over housing and zoning.

Reports of bias crimes in the city from 2017 to 2018 also increased, according to the New Jersey Bias Incident Report.

"There were tensions. I felt like that subsided," Fulop said. "Obviously there is still lingering sentiment in some portion of the community. The challenging thing for us is that progress is fragile. So, you can make huge progress and it's broken down really quickly with an incident like that and so we are going to start again."

Fulop said the city had made significant strides recently in decreasing crime and increasing unity among residents.

"I don't think this is something that defines us, and we need to take some lessons away from it on how we communicate with different communities and how we integrate them into the broader Jersey City community," Fulop said.

During the interview, Fulop also made clear the suspects in Tuesday's killings were acting from hateful ideology that he said is not shared by the larger Jersey City community and he expressed frustration that law enforcement did not identify the crimes as hate crimes more quickly.

"It's frustrating that it wasn't called as anti-Semitic and a hate crime immediately, and my hope is that today, it does get the attention it deserves," Fulop said. "You need to be clear and aggressive in calling it what it is."

As of Thursday afternoon, investigators said they were looking at the crimes as acts of domestic terrorism.

Thursday afternoon, faith leaders and city officials also spoke out about the killings. They gathered at a Jersey City community center to call for solidarity and healing among residents.

Residents placed mementos for the victims outside the kosher market that was gunned down and echoed the sentiments expressed by city leaders about unity.

"We all live here," said Pauline Ndzie, who runs a hair salon near the kosher market that was targeted by the two shooters.

"We really appreciate all the help and support," said a member of the Hasidic community who did not give his name. "It's very hard to say anything. It's all very painful."