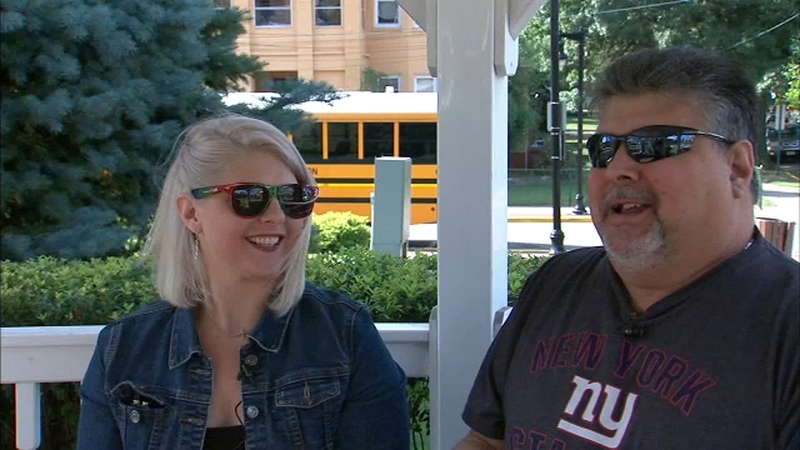 EAST RUTHERFORD, New Jersey (WABC) -- It was a daddy and daughter reunion 33 years in the making.

Walter Haas always had a suspicion that he had a daughter. Long ago, he saw a photo of then four-year-old Valerie Paquette and said that was his child, but Valerie's mom said no.

However, when Paquette's mom gave her a genetic testing kit, the results were irrefutable.

"This explains a lot," Paquette said.

So Valerie wanted answers from her mom.

"Do we have some kind of explanation? She was like 'no way, no way - I can't believe it didn't match.' There's this other guy, Walter, and that's when she gave me his name," Paquette said.

"The best I could hope for was maybe one day the truth would come out, and she would find me," Haas said.

On Friday morning, Haas saw his now 33-year-old daughter at Newark Airport for the first time.

Paquette says she knew from a young age the man who raised her was not her real dad. When the facts came to light, Haas' current wife helped make the reunion happen.

"Now I had mentioned to my wife that I might have another daughter out there. She said 'good thing you told me because I would have been upset,'" Haas said.

Behind the joy, there is a pressing matter. Haas has Stage 4 prostate cancer. He says the treatment is working, and being reunited with his daughter is a miracle.

"So I still have a few steps to take, but I'm very positive, and with my girl here, I'm still going to get through it," Haas says.

They are hoping for many more reunions, holidays and celebrations to come.