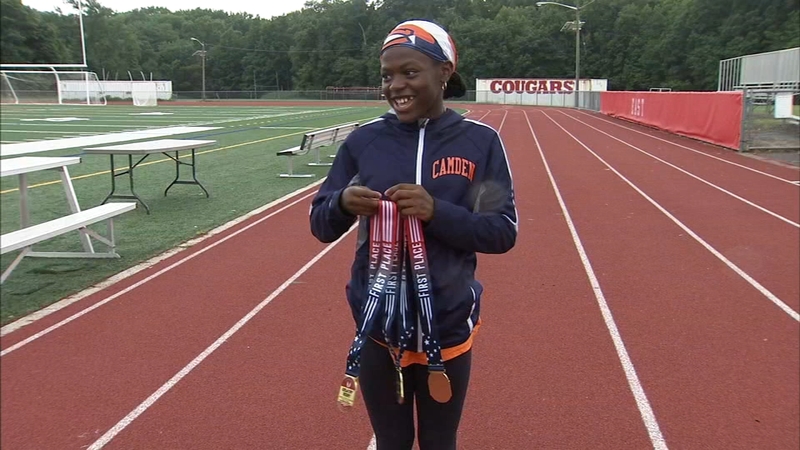 CAMDEN, New Jersey -- A young runner from New Jersey is coming off a remarkable performance at the National Junior Olympic Track and Field Championships this weekend.

Sianni Wynn, of Camden, is only 10 and is already shattering records.

She not only swept all three of her races at the event held in Greensboro, North Carolina, she also ran the 400-meter dash in 58.7 seconds, breaking the national age group record of 59.8 seconds set by Olympian Monique Henderson in 1994.

Her coach, Albert Essilfie, says the Willis Camden PAL Track Club earned 24 medals at this year's nationals. But he says Wynn -- who practices three times a week -- has the drive to win beyond her age.

"That's what really separates her from a lot of people," Essilfie said. "When it's time to work, she locks in. We never have to tell her to do a rep over or to work harder."

And it's not just her laser focus that makes her parents proud, but also her ability to tune out the noise and be friends with her opponents.

"As good as an athlete as she is, she's an even better person," dad Eric Wynn said.

Next season will be her fifth year with the Camden Track Club, and she is already setting new goals.

"I don't know what the record is next year, but I want to break it," she said.