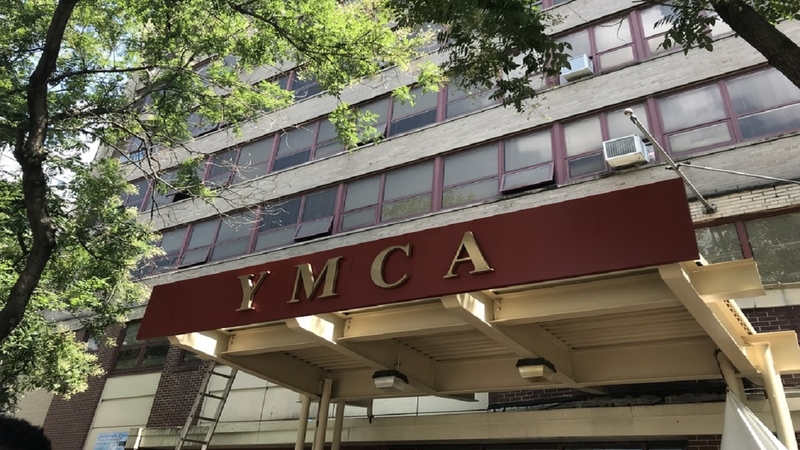 NEWARK, New Jersey (WABC) -- Residents at the YMCA shelter in Newark, New Jersey complained Friday that oppressive heat inside the family shelter has been unbearable and is making them sick.

Multiple parents told '7 On Your Side Investigates' that their children had to be hospitalized because of the heat in the last week.

"It's stressful. It's bad enough that we are in a shelter," said Joseph Pagan.

Pagan's six-year-old daughter spent a night in a hospital this week after he said she developed a heat rash and severe stomach upset.

Another mother who asked not be identified said her son passed out over the past weekend from the heat and also had to be hospitalized.

Residents acknowledged not all of the YMCA center is hot. Some areas have air conditioning they said, such as the first floor and other common areas, but they said the conditions in the homeless shelter are much different.

"It's hot in there," said a woman who asked to remain anonymous. "They know it's hot."

'7 On Your Side Investigates' called the YMCA and stopped by the facility to ask administrators about the conditions.

While '7 On Your Side Investigates' was standing outside talking to residents and waiting for a response, the Vice President of Finance, Simone Gagneron, came outside and interrupted a resident interview, suggesting the resident come inside away from Eyewitness News cameras to talk with her about the issue instead.

"We don't have a statement for you right now," Gagneron said. "We are having a heat wave across the entire state. So it's hot everywhere."

One resident at the YMCA shelter said staff had explained to her that the age of the building prevents staff from putting AC's in all of the rooms.

That resident added that regardless of the reason, the conditions inside are unacceptable.

Michael Bright, President of the YMCA of Newark and Vicinity released a statement Friday saying,

"At the YMCA of Newark, the safety and well-being of our residents is our top priority. During heatwaves and extreme heat/high humidity days, we make sure our residents have extra water and access to air-conditioned cooling stations within our facility at all times. While individual rooms are not air conditioned, residents are permitted and encouraged to have fans in their rooms. For those residents that do not have a fan, we work with them to help secure one.

We understand the heat can create challenging situations, and we will continue to work with those having difficulty until the heat passes. We also encourage residents to follow the City of Newark's advice to seek out cool spots during this heatwave, including recreational centers and pools, malls and shopping centers, libraries and movie theaters."

Residents said the cooling centers do limited good because they are required to be in their rooms during certain hours, particularly overnight from 8 PM to 6 AM.

Residents said they've already complained to the administration about the problem before but conditions haven't improved.

"I want them to fix the issue with the heat," Pagan said. "Bring portable AC's in the rooms. Something has to be done."