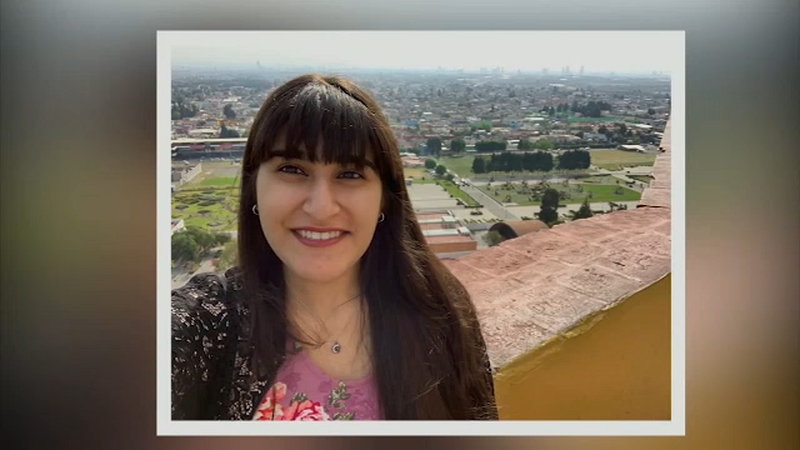 OLD BRIDGE, New Jersey (WABC) -- A family filled with grief is speaking out about their daughter, who was killed in a head-on crash in New Jersey by a suspected drunk driver.

Aliza Akhtar, 19, was killed Saturday in Old Bridge when a driver crossed the double lines and slammed into her car.

Late Saturday night, the young scholar was driving home with her younger sister when, according to police, a drunk driver crossed the double yellow lines and struck them head-on.

Aliza, in the driver's seat was killed. Her 15-year-old sister survived. The alleged drunk driver reportedly tried to escape on foot, but was later arrested.

"She was very passionate about women's issues. Children's issues. I don't know what she would've ended up doing. It would've been impactful," says Aliza's sister, Sameen Akhtar.

Aliza just finished her freshman year at MIT and taught English in Mexico. She was proud of her Pakistani heritage and Muslim faith. They were in the middle of observing Ramadan when tragedy struck.

Her father remembers the day his daughter was born.

"She had a smiley face the first day," he said.

Aliza received a full ride to MIT and Yale. Before she was killed, she mentioned what a great idea it would be to set up a scholarship fund. Her family is hoping to honor her last wish, and is now planning to establish one in her name.